(SAN DIEGO, CA) — Karl Strauss Brewing Company is kicking off 2020 with the latest in their collaborations series – brewing an innovative IPA with their friends at Pure Project Brewing in San Diego.  Murky Poetry Hazy IPA will debut statewide on draft and in 16oz 4pk cans on January 16th. 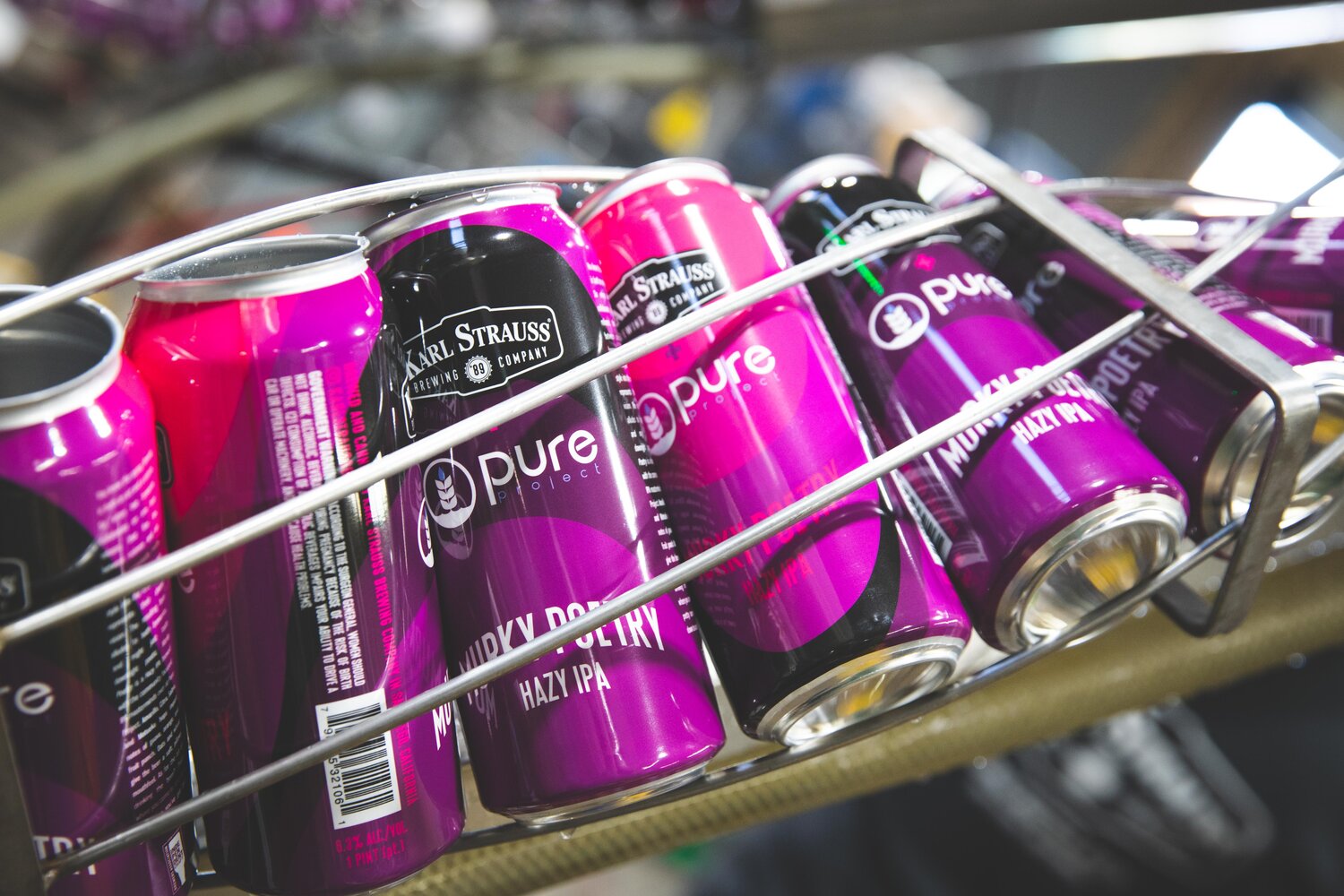 “Pure Project has quickly grown to be one of the most exciting breweries in San Diego and we have so much respect for what they’ve built. As brewers, we never stop learning, and crafting the recipe with their team was an opportunity for us to both share our knowledge and benefit from seeing how they approach the brewing process” says Karl Strauss Brewmaster Paul Segura.

Pure Project was equally as excited to brew a beer with Karl Strauss stating “We were honored to be involved with a pioneering brewing company that has done so much for the craft scene in San Diego and throughout the state of California.  We have much respect for all their beers and it was thrilling to brew at their facility in a true team, collaborative effort” said Mat Robar, Founder.

Inspired to push the envelope with their experimentation, both Karl Strauss and Pure Project brewed slightly different batches of this new collaboration on their respective brewhouses. Karl Strauss’ version is named as a nod to Pure Project’s “murky”— ie hazy— IPAs. Murky Poetry is a refreshing and tropical-forward hazy IPA brewed with Amarillo, Citra, Sabro, and Motueka hops that impart notes of guava, orange, and fruit punch; oats and wheat give this beer a soft, pillowy mouthfeel while locally sourced hand-crafted malts from Admiral Malting in Alameda, California lend unique flavor and local terroir.

“Liquid Allusion is the debut of our hand selected Mosaic hops from Loftus Ranches in Washington,” says Pure Project Head Brewer Winslow Sawyer. “Mosaic is one of our favorite hops, and I can think of no better time to use it than working with the King of Mosaic – Karl Strauss Brewing Company.”

Murky Poetry Hazy IPA is the first of four new collaboration beers coming from Karl Strauss in 2020. More information about this year’s collaboration  line-up will be announced in future months.