(San Diego, CA) — Karl Strauss Brewing Company is excited to announce the winner of their 2016 Pro-Am (Professional-Amateur) competition. Each year in support of the local homebrewing community, they invite brewers to submit their handcrafted creations for a chance to brew big with KARL and have their beer entered into the Great American Beer Festival. 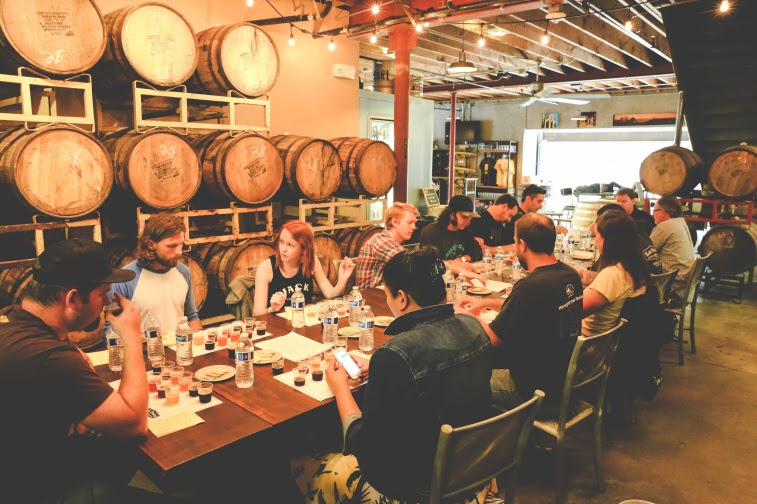 “Homebrewers played a big role in establishing craft beer here in San Diego. They helped create a taste for bold, unique, locally made beers. We proudly support them in many ways and this competition is a way to give back and provide them a shot to compete at GABF.” –Paul Segura, Karl Strauss Brewmaster.

This year’s competition featured 35 beers that were judged by a diverse panel consisting of Karl Strauss brewers and staff, San Diego beer media, and local industry folks. In years past, there’s been a clear, unanimous winner, but the competition this year was especially tough with many high quality submissions.

The coveted first place prize was eventually awarded to a Pale Ale called Devil’s Postpile brewed by Kevin Stamer from Carlsbad. “Our judging panel went back and forth for a while there, but in the end the pale ale was flawless,” says Segura.

The winning brew, whose name and recipe was inspired by summers of camping in Mammoth with family, will be brewed on a commercial scale next month at KARL’s downtown brewpub and entered into GABF’s Pro-Am competition.

“The fresh, crisp profile of the beer is perfect for a day of fishing on the lake or after many hikes to Devil’s Postpile and beyond. The amarillo and citra hops provide a clean citrus hop flavor followed by light malt undertones that demand attention,” says Kevin Stamer about his winning brew.

Devil’s Postpile Pale Ale will be pouring at the Karl Strauss downtown brewpub as well as on tap at the brewery’s Tasting Room in late August.

About Karl Strauss Brewing Company
Karl Strauss Brewing Company has pioneered the San Diego beer scene since 1989 with innovative beer releases like Aurora Hoppyalis IPA, Mosaic Session IPA, Two Tortugas Belgian Quad, and Wreck Alley Imperial Stout. The brewery has won over 80 medals since 2009 and its Red Trolley Ale is one of the most award-winning beers in the world. The company is currently ranked #45 on the list of the country’s top craft breweries with sole distribution in California. For more information visit www.karlstrauss.com or call the brewery at (858) 273-2739. Share it. Cheers.