(Austin,TX) – The most recent batch of Wytchmaker Farmhouse Rye IPA really exemplifies the ebb and flow of mixed culture fermentation with dozens of different types of microorganisms, many of which are native to our land in the Texas Hill Country. As is the case with wine, each fermentation of our beer can be treated as a “vintage”, with its own unique flavor and character. Sometimes significant variations occur from one batch to the next. In wine, these deviations result from variation in climate and the impact it has both on both the grapes and the microflora responsible for fermentation. With beer, there are even more variables that influence the procession of microbial dominance. Ingredient variations, tank geometry, temperature stratification within fermentation vessels, mash temperature, hopping rates, fermentation head space, and bottle-conditioning temperature all play a significant part in fermentation character. As such, brewers have the unique opportunity to experience “vintage” in a much shorter timeframe, and more often, than winemakers. In some instances, even two different bottlings of what started out as the same beer will develop very differently throughout the course of the bottle-conditioning process. 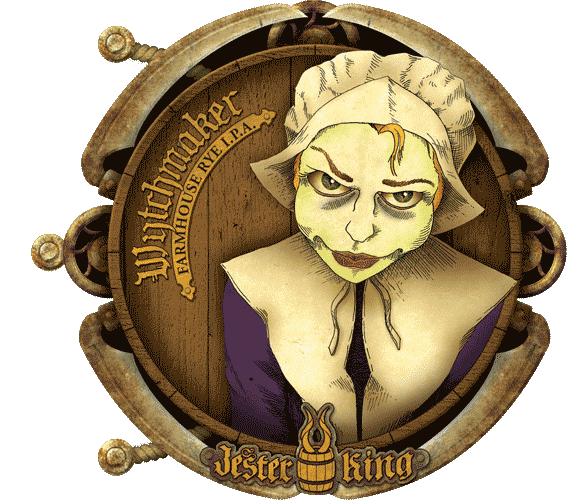 This was the case with batch #12 of Wytchmaker, packaged on July 28 and 29, 2014. The beer that was packaged on July 28 is noticeably more tart, with intense tropical, mango, and guava aromatics, soft carbonation, and horsey, almost gueuze-like notes, as well as ripe apricots on the palate. In contrast, the beer packaged on July 29 is less tart, more hop-forward and dank, and more aggressively carbonated, with subtle tropical undertones. We are very pleased with this batch of Wytchmaker, and consider it our favorite to date. Within this batch, each variation offers its own unique character and charm, and, overall, it’s difficult to say which we prefer.

This is what makes mixed culture fermentation exciting to us! When we cede rigid control over the fermentation and allow for the possibility that different yeasts and bacteria will dominate, the results are unpredictable and curious. When we start a new fermentation, we don’t know how long it will take or exactly what the finished beer will taste like. Pure culture fermentation with brewer’s yeast has done much for modern beer making. Beer can be made quickly, cleanly, and consistently, which of course makes sense in terms of running a business and meeting consumer expectations. But we believe that the rise of pure culture fermentation has led to some of the character, charm, excitement, and interest being lost along the way. This quote from 20th Century Belgian brewing scientist Marc H. Van Laer is one we’ve latched onto over the years:

“It is certain that the introduction of pure yeasts into industrial fermentation does not constitute the crowning achievement of a system that is henceforth immutable. It seems, for example, that if the application of the pure cultures method has improved the average quality of the beer, if it has decreased the chances of infection, it has given us beer with less character than before.”

We’re content to explore the idiosyncrasies and curiosities of mixed culture fermentation at Jester King. It’s our passion, and it motivates our everyday work. It allows us to create beer that’s truly original and tied to our little piece of the world in the Texas Hill Country. We could make a lot more beer a lot more quickly using pure culture fermentation, but like we said, we’re excited to sit back and enjoy the show as multitudes of living, microscopic creatures work together (or against one another!) to create interesting beer with unique characteristics from batch to batch.