Red Tape Lager: This beer is a throwback of sorts. A nod to the beginning, when we were navigating the labyrinth of brewery licensing and state regulations to get Jack’s Abby Brewing launched. When we got the green light, we also got the inspired with the perfect name for our pilot brew. A traditional style Dunkel, Red Tape Lager is amber in color and has a full, malty flavor. This is the first time Red Tape has been brewed since 2011. December release. ABV 5%, IBUs 25. 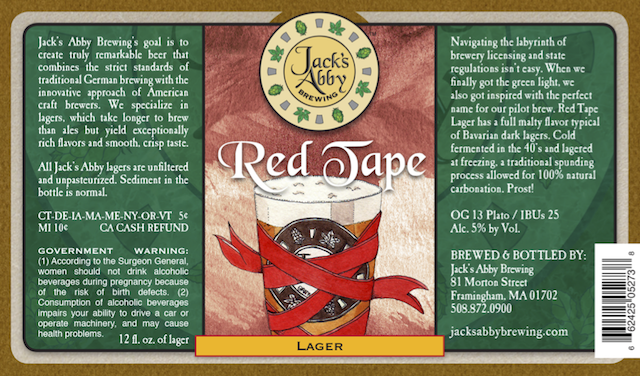 House Lager: Landbier, AKA “House Lager,” pulls inspiration from the numerous country lagers or landbiers found in Franconia. Don’t let the name House Lager fool you—sweet and golden with a full, malty body—this is a special beer for year-round enjoyment.