(Miami, FL) — J. Wakefield Brewing is beginning a multiphase remodeling of its taproom, starting this month. The taproom will be closed from Monday, July 8th through Sunday, July 14th, while phase one is completed. It will reopen on Monday, July 15th at noon. 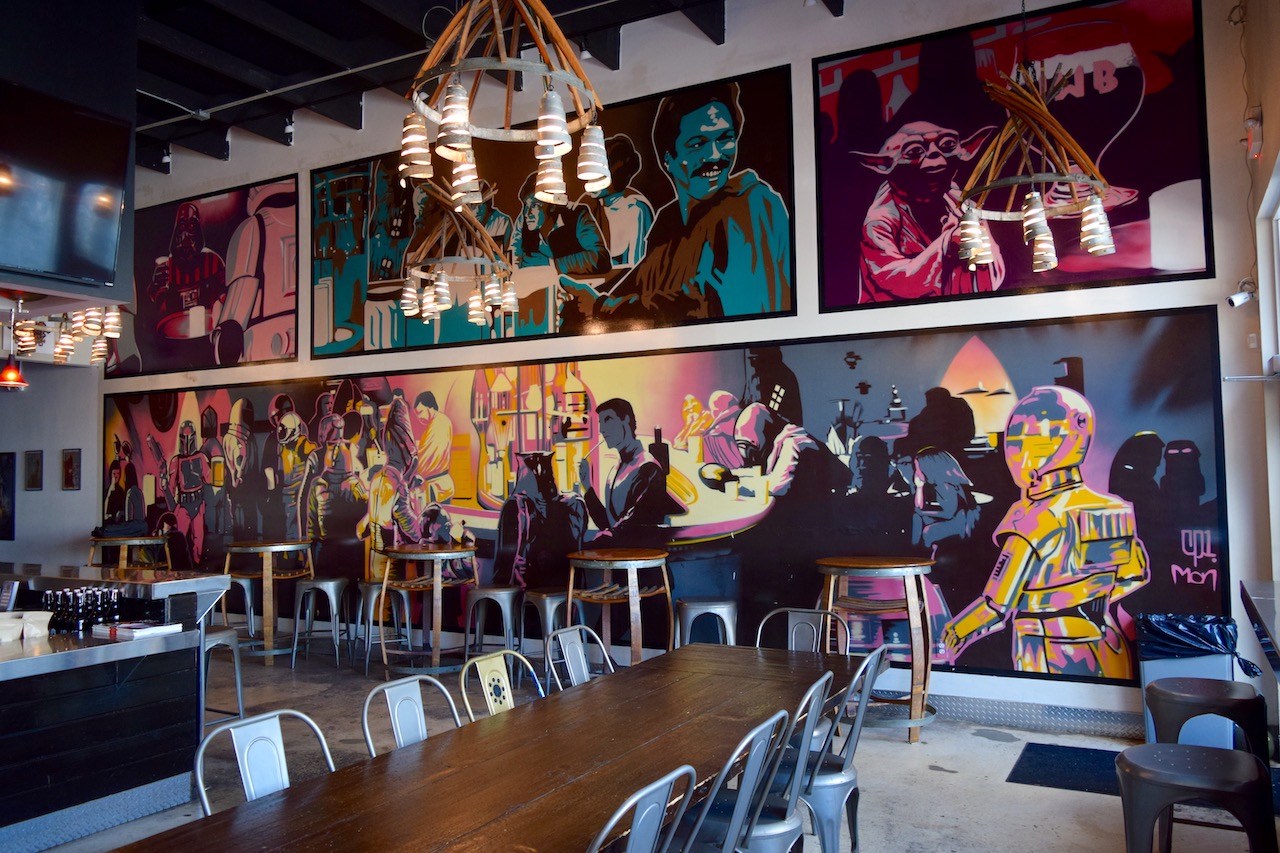 The initial changes will include new tables, chairs, light fixtures and bar cladding. Owner/Founder Johnathan Wakefield promises a doubling down on the Star Wars theme that has been a part of the taproom’s visual DNA since it opened in January 2015.

“It’s so much a part of who I am and who we are as people,” Wakefield said of the Star Wars murals and memorabilia, “We’re excited to take things a step further design-wise and, overall, to provide an even better taproom atmosphere for our guests.”

The centerpiece of the 1.200 square-foot taproom has aways been the mural of the cantina scene from Star Wars. Claudio Picasso aka CP1, the street artist who created the original mural, will be painting a completely new mural of the scene.

A new comic strip-inspired mural by Monzernater will adorn the eastern wall of the taproom.

The two over-sized HDTVs will remain for viewing of movies and sporting events.

Brewery operations will continue during the renovations.