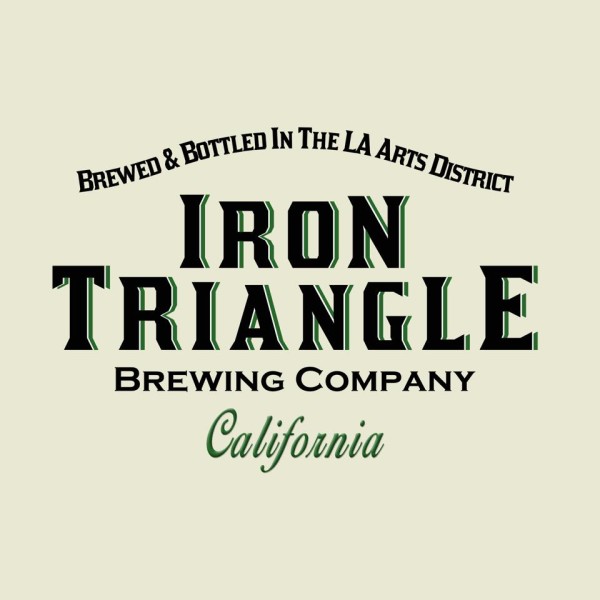 (Los Angeles,CA) – As the landscape of the Los Angeles craft beer scene drastically changes, we’ve been watching a very interesting story unfold.  Many brewers have taken to the Los Angeles Arts District area as a home for a new craft brewery. In such an expensive metropolitan area, the Arts District is attractive due to the real estate prices and is very freeway accessible. While a few small breweries have opened such as Mumford Brewing, some are still in the stages of construction and or cutting the proverbial red tape placed by the City of Los Angeles.

At the beginning of the year, a new name was thrown into the hat, Iron Triangle Brewing.  Little was known about this startup company, except that former Director of Brewing Operations of The Bruery, Tyler King, was involved in consulting on brew house design.  As months went on, Iron Triangle Brewing started a controversial social media campaign, with lots of bravado and little to back it up at the time. Anytime Iron Triangle would take to social media, they were met with many hecklers asking when will they be open, and who would be brewing said beer.  This was in tandem with the owner Nathan Cole taking many lumps for a ‘PR stunt gone wrong’ with a bottle share  at his then empty brew house.

We met up with Nathan at this past GABF and asked him exactly what the deal was? Who will be the brew master, when will there be beer? In my opinion, all of the hullabaloo on social media will be quickly forgotten once the beer starts flowing, and of course, if it’s quality beer.  He assured me those questions would soon be answered.

We just learned this morning that Iron Triangle Brewing has acquired Darren Moser, former Director of Brewing Operations at Maui Brewing Company, and former production manager and head brewer over at Trumer.  With the shiny new brew house Iron Triangle has put together and the stiff competition from up-and-coming Arts District Brewing and Gold Medal brewer Devon Randall, Nathan told me this position had to be filled by someone special.

We reached out to Maui Brewing’s Garrett Marrero for comment, who has lost a few of his other brewers to startups. He said “We wish him the best in his new adventure in a startup brewery and are appreciative of his contributions to our team.” “I only wish that Darren had given us more time to prepare as we are right in the middle of brew house and distribution expansion.”

So now that Iron Triangle Brewing has announced they have a brewer, the million dollar question is “when will you be open for business?” Nathan told us that he will be holding a private soft opening the third week of November with a grand opening the first week of December 2015.