(Delaware Valley, USA) – Iron Hill Brewery & Restaurant will boldly usher in 2018 with the release of three canned offerings within a few months, all vividly designed and creatively packaged in 16-oz. cans, bringing ever more of the scratch brewery’s popular beers and expanding portfolio into conveniently portable packaging. 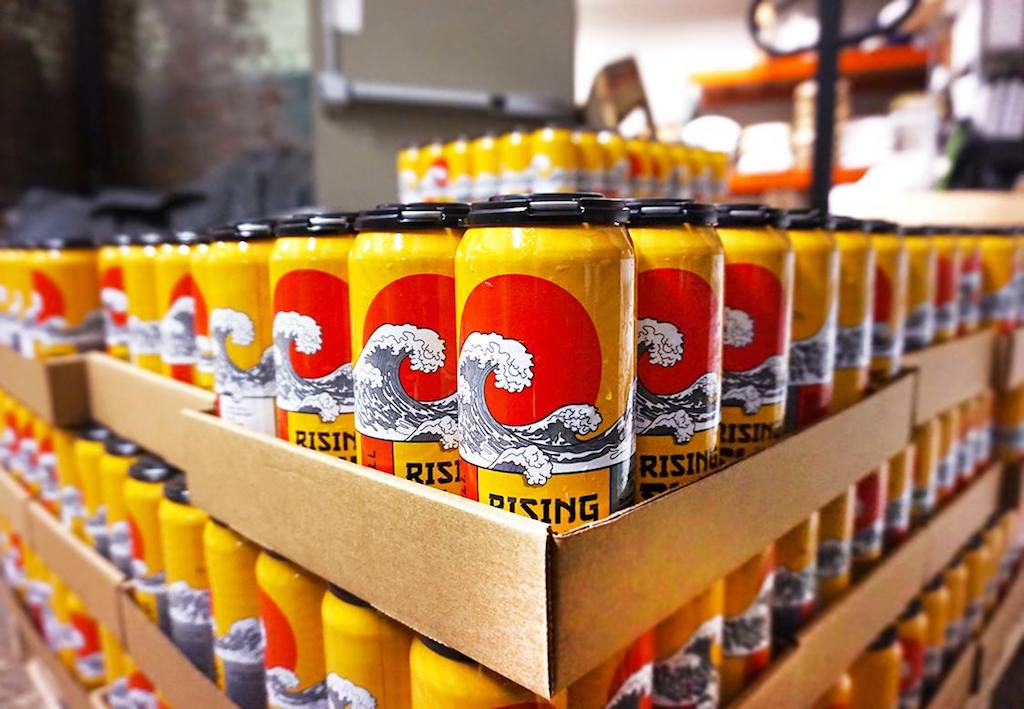 For the first time in the brewery’s 21-year history, Iron Hill will place year-round emphasis on their canning program by releasing at least one canned beer every month. Rising Sun will be the first canned offering in 2018, followed by Bedotter (February 8) andOre House IPA (February 22), with more fresh beer coming out throughout the year.

All three cans will feature fun new designs from Pittsburgh, PA’s Smith Brothers Agency, the latest in an ongoing series of collaborations between the brewery and the firm, including other favorites such as Crusher, Mahalo, Apollo!, Vienna Red Lager, Pig Iron Porter, Pumpkin Ale and Oktoberfest.

The design project was an intensely collaborative process, with both creative teams delving deep into the history of the Iron Hill brand and designing each label to perfectly suit the top-notch grains and juicy hops inside the can.

About Iron Hill… Founded by home brewers Kevin Finn and Mark Edelson and restaurateur Kevin Davies in Newark, DE in 1996, Iron Hill Brewery & Restaurant has blossomed from one restaurant and brewery to 12 locations across the mid-Atlantic region, including Pennsylvania, Delaware and New Jersey. Each brewpub has their own craft kitchen and scratch brewery, allowing individual chefs and brewers the creativity to pair the freshest ingredients with the highest quality grains and hops. For 21 years, Iron Hill has held beer at the heart of everything they do, and their passion has been roundly rewarded: their beers have won 47 medals from the Great American Beer Festival and another 30 medals at the World Beer Cup.