Wilmington, DE (September 13, 2018) – Delaware-based Iron Hill Brewery and Restaurant is thrilled to announce the opening of their first Center City Philadelphia location today in the exciting new East Market development. Doors opened to the public this evening, September 13 at 5:00 p.m., Iron Hill Center City, which is located at 1150 Market Street and marks the 15th brewery and restaurant for the group. This is the third opening for Iron Hill in 2018 with a fourth slated for November in Hershey, PA, as part of an aggressive growth strategy. 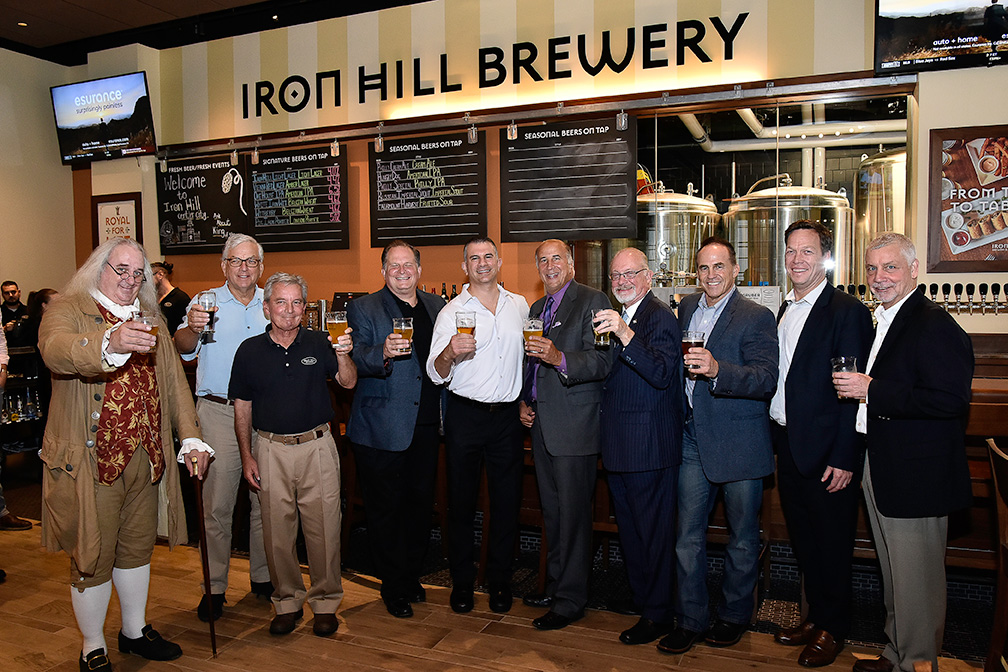 In addition to their brand-wide donation to CureSearch for Children’s Cancer, and as part of Iron Hill’s philanthropy and commitment to the communities they serve, the brewery and restaurant will be collaborating with Philabundance to donate $0.75 from each Triple Chocolate Hill dessert sold in order to help fund the organization’s mission to drive hunger from our communities today and to end hunger forever.

“When we opened our first Iron Hill 22 years ago, we never dreamed that one day we would be opening our 15th location in Center City Philadelphia,” explains Co-Founder Kevin Finn. “We couldn’t be more excited to be part of the growth, energy and potential of the East Market neighborhood to offer a new place to enjoy delicious beer and food with good friends.”

About Iron Hill
Named after the historic Revolutionary War landmark in Delaware, where General George Washington battled the British, Iron Hill is among the most enduringly successful craft brewers in the United States. Its 21-year consecutive medal-winning streak at national and international competitions is the longest by any independent craft brewery.

Founded by home brewers Kevin Finn, Mark Edelson and restaurateur Kevin Davies in Newark, DE in 1996, Iron Hill Brewery & Restaurant has blossomed from one restaurant and brewery to 15 locations up and down the East Coast, including Pennsylvania, Delaware, New Jersey and South Carolina. Each brewery/restaurant has their own scratch kitchen and craft brewery, allowing individual chefs and brewers the creativity to pair the freshest ingredients with the highest quality grains and hops. For 21 years, Iron Hill has incorporated beer in everything they do. As a result, Finn, Edelson and Davies are viewed as innovative business leaders in their home state of Delaware and in the Mid-Atlantic region. They started Iron Hill at a time when small breweries were just beginning to gain mass appeal around the country and their entrepreneurial, forward thinking helped build them into what they are to date. Each individual location has its own head brewer. Each location dedicates itself to the freshest ingredients and friendly atmosphere for all age groups – helping change overall perceptions about brewpubs one meal, one pint, one community at a time.