This November, the beer lovers at Iron Hill Brewery & Restaurant are celebrating the season with three exciting ways for fans to bring their award-winning beers home for the holidays. 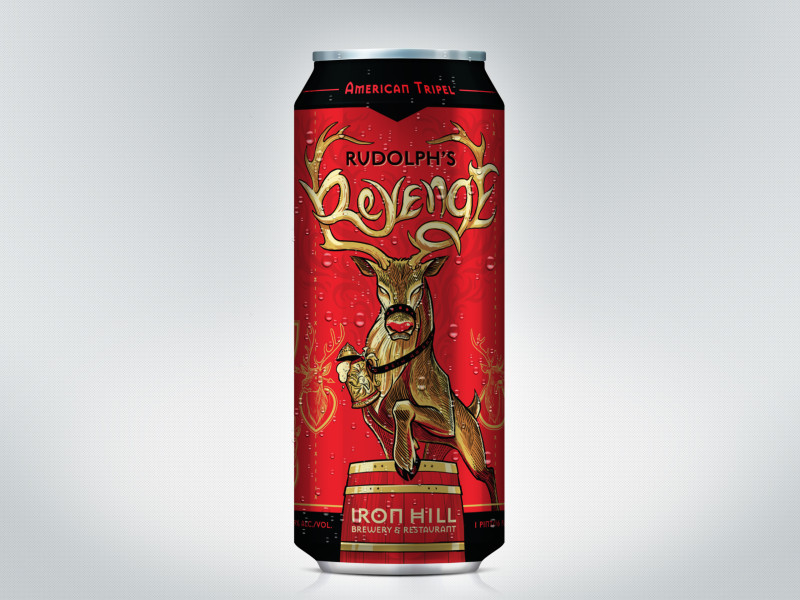 Iron Hill will release their favorite holiday beer, Rudolph’s Revenge, in cans for the first time

For Thanksgiving, guests are encouraged to pick up a #GobbleGobbleGrowler and serve Iron Hill beer as a perfect pairing with a lavish meal of traditional fare

This year, Iron Hill has revamped their popular Gift Packs with new beers from their catalog of delicious and award-winning Big Bottled Reserves

The Abbey Pack will feature The Cannibal; Abbey Dubbel, a mahogany ale brewed with dark Belgian candi sugar for distinct aromas of plum and pear; and Bedotter, a traditional Belgian-style golden ale with complex aromas and notes of plum, spice and banana, with refreshingly balanced bitterness

Both Gift Packs are $50 each

Founded by home brewers Kevin Finn and Mark Edelson and restaurateur Kevin Davies in Newark, DE in 1996, Iron Hill Brewery & Restaurant has blossomed from one restaurant and brewery to 11 locations across the mid-Atlantic. Each restaurant is dedicated to producing and serving top-quality hand-crafted beers and cuisine in a warm and hospitable setting, and all are open seven days a week for lunch and dinner. In 2014, Zagat honored Iron Hill by naming them the most popular restaurant in Philadelphia.