Lemon zest recalls the cocktail’s traditional garnish, a thin sliver of lemon peel resting on the rim of the glass. The beer was aged in French brandy barrels, as the cocktail originally called for Cognac brandy.

Coquetier was brewed in April of 2014 with Hill Country well water, barley, rye, hops, cubeb peppercorns, anise seed, lemon zest, and lemon juice. It was initially fermented in stainless steel with a mixed culture of microorganisms consisting of brewers yeast and native yeast and bacteria harvested from the air and wildflowers around our brewery in the Texas Hill Country. It then spent seven months continuing to slowly ferment and mature in 600 liter French brandy barrels.

It was then refermented in bottles, kegs, and casks for another three months prior to release. Coquetier is 7.5% alcohol by volume, has a finishing gravity of 1.005 (1 degree Plato), and was 11 IBU and 3.2 pH at the time of bottling. The label art was created by our in-house artist Josh Cockrell. Finally, the French brandy barrels, after first being used by us to impart spirit character into Coquetier, are now in our barrel room as neutral oak vessels containing 100% spontaneously fermented beer. 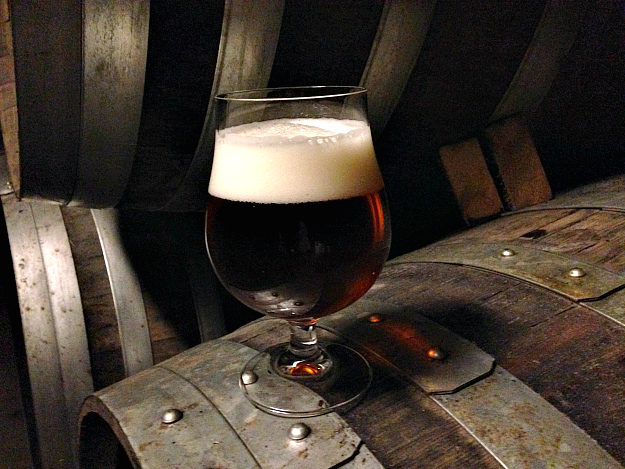 Coquetier will be released at Jester King when our tasting room opens on Friday, April 24th at 4pm. It will be available by the glass, as well as to go in 750ml bottles ($18, limit 4 per customer per day). Approximately 4,500 bottles are available. The price point for Coquetier is slightly higher than some of our previously released barrel-fermented beers, due to the extra cost associated with bringing in special barrels from overseas. At this point, we do not anticipate Coquetier being available beyond Jester King, aside from a few special events.