(Winter Park, FL) – Deadly Sins Brewing’s journey to beer began twelve months ago when owners Tom Adams and Ana Barrientos were discussing their future. After a beautiful vacation in Asheville, NC the couple decided to take the next step. They decided to open a brewery together. Tom had been homebrewing on and off for 15 years, a hobby that saw a renaissance when he met Ana. Within a month he’d drafted a business plan, in three had secured a loan, and on November 1st, 2015 the lease was signed at 750 Jackson Ave. The 4,000 square foot property is in an industrial area of Winter Park, off Fairbanks and behind 4Rivers Smokehouse. The company brews on a seven-barrel system with plenty of space in the facility to grow. 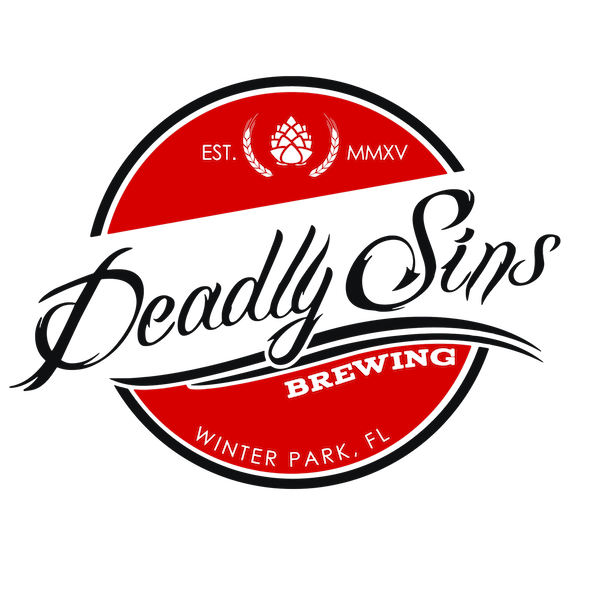 The small Central Florida business soft opened on July 15th but have had difficulty keeping their own beer on tap due to a three-month delay in the arrival of their equipment. Their Brewmaster Travis Smith and Assistant Brewer Amanda Kucker have been crafting small batches, but thirsty patrons have moved the brew more quickly than the team has had the capacity to produce. 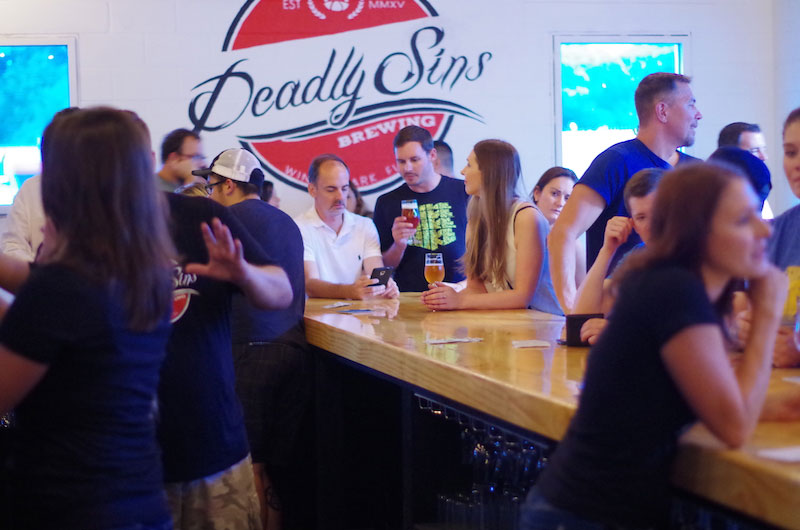 But no longer! The equipment arrived on August 27th and the first seven barrel batch released Friday, September 23rd. Deadly Sins Brewing will have their Grand Opening on October 15th. A noon ribbon cutting will be followed by flowing taps and live, local music til 12am. SwedeDISH and Daydream Pizza food trucks will be on premise to feed patrons. The new local microbrewery will open with 12 of their own beers on tap and limited releases scheduled to drop throughout the day. For more details, visit our website at www.deadlysinsbrewing.com or on Facebook at https://www.facebook.com/events/560774624109259.

Deadly Sins Brewing is Winter Park’s newest brewery. The dog and family friendly establishment is open seven days a week with live music every Friday and Saturday night. The microbrewery in currently in the process of establishing weekly rotating events. Deadly Sins is located at 750 Jackson Ave in an industrial area of Winter Park, off Fairbanks and behind 4Rivers Smokehouse. The brewery can be reached at (407) 900-8726 or via email at [email protected]. Deadly Sins Brewing can be found on Facebook, Twitter, and Instagram, as well as at www.deadlysinsbrewing.com.