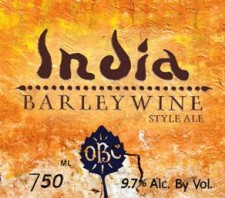 From TFP: We just cracked the new Bourtbon Barrel Stout the other day. Can’t wait to try this hoppy monster! Seems Odell is on quite the roll lately.

“We wanted to share our pilot brewing system creations beyond our Tap Room,” said Brendan McGivney, head of production, “so we decided to offer some of our most highly regarded brews in 750 ml, cork and cage bottles. Our single serve beers are bottle conditioned to allow for natural carbonation, and they will continue to age and evolve gracefully for years to come.”

India Barleywine rings in at 9.7% ABV with an impressive 90 IBUs. It follows the brewery’s Bourbon Barrel Stout in a series of single serve offerings that will also include Mountain Standard, an ale featuring Colorado grown organic hops.