Idle Hands Wants You To Enjoy First Pitch! While Watching the Sox 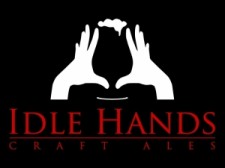 (Everett, MA) – Announcing our newest beer in our one-off hoppy series, First Pitch!  First Pitch is a Belgian Rye Pale Ale brewed with local favorite Valley Malt Rye and hopped with a combination of East Kent Goldings and Amarillo hops.  You’ll find the earthy character of the rye pairs extremely well with the interesting orange marmalade-like flavors contributed by the hops.  First Pitch was designed with full enjoyment in mind.  Coming in at 5.5%, it’s the perfect beer to watch the game with.

First Pitch is draft only (no bottles) and currently only available at the brewery.  Fear not, if you can’t make it to the brewery we will be sending limited kegs of this beer to our draft accounts starting this week.  Ask for it at your favorite Idle Hands watering hole!

And for those Red Sox fans looking for the perfect accompaniment to the game, we are announcing special growler hours at the brewery to help you stock up.  Below is a list of additional times we’ll be open over the World Series.