HopWatch 2019: Where to Find Pliny the Younger 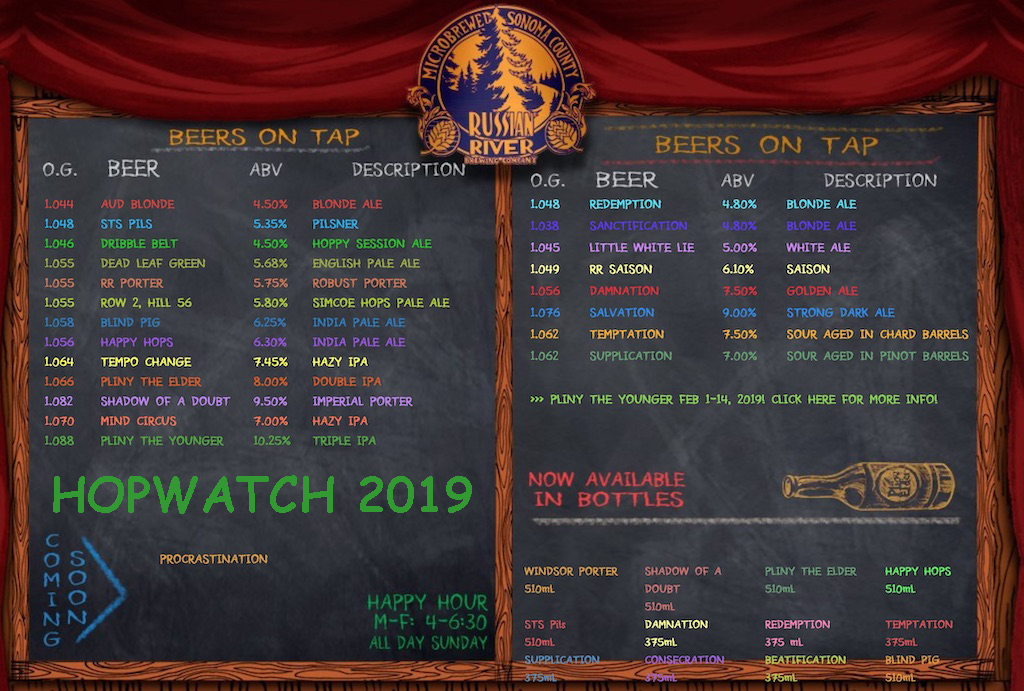 San Francisco Beer Week kicked off over the weekend which means the 15th season Pliny the Younger is finally upon us. Many of our Russian River die-hards already know that the impressive new Russian River facility in Windsor, CA is now online, which means more retailers and store shelves have been graces with the iconic Vinnie Cilurzo’s beloved brews.

What does this influx of Russian River beer mean for Pliny the Younger? For starters, the expansion allowed for 350 barrels of Pliny the Younger to be brewed this year, more than double last year’s 160 barrels. This increase in capacity opens up the opportunity for wider distribution. While we are are unsure of what percentage will be shipped out, we do know that Pliny the Younger will see distribution in California, Oregon, Colorado, and Philadelphia towards the end of February. For the first time, California’s Central Coast will also see the Younger pop up. Both the Windsor, CA production facility and the original Santa Rosa brewpub have the 10.25% triple IPA flowing thru February 14 currently with the greater Bay Area and Northern California seeing glimpses of Pliny this week at various SF Beer Week events .

The Full Pint greatly appreciates any tips you submit in the comments below. As it’s early on in the Pliny season, we’ve listed some retailers who have been graced with the Younger in year’s past and we’ll update with confirmed events or tappings as we see them come in.