(Asheville, NC) – Hi-Wire Brewing will be releasing a variety of beers in the month of September including returning favorites Pink Drink, a new version of Hazy&Juicy&Hoppy&Fresh, a new 10W-40 Imperial Stout variant, as well as a collaboration release with NOLA Brewing. More details below. 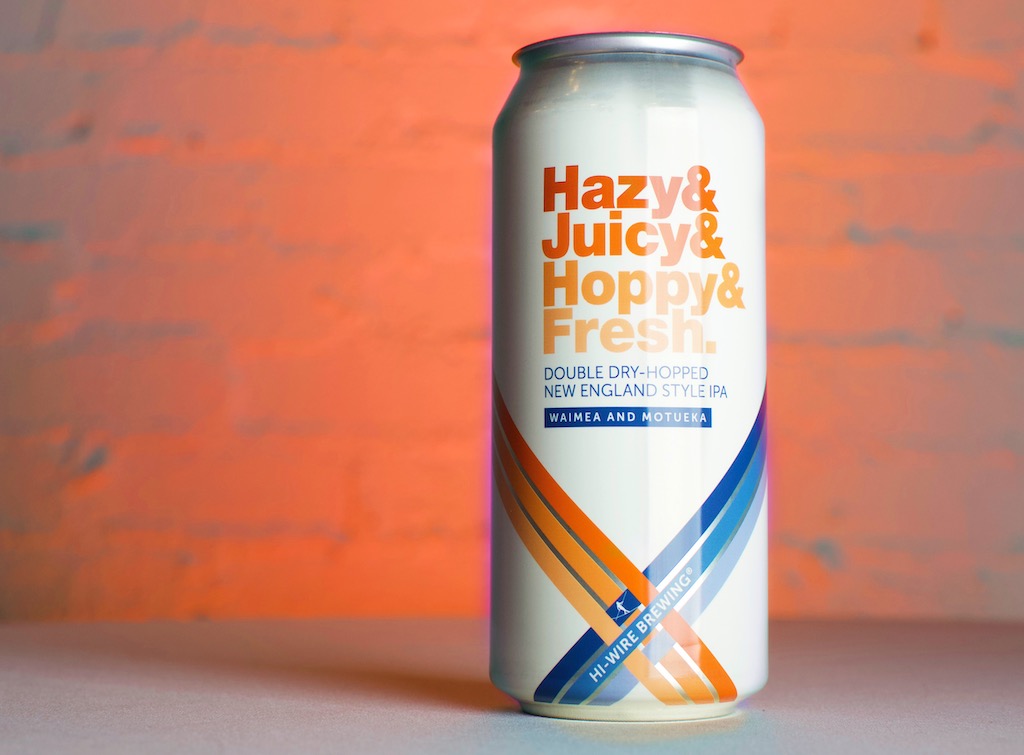 Pink Drink is back at Hi-Wire Brewing with limited amounts of 4-packs of 16oz cans available beginning the first week of September. Pink Drink is a 4.2% ABV, ultra-crushable, tart wheat ale brewed with lemongrass & raspberries. This kettle sour has the perfect balance of raspberry fruit sweetness & fresh candied-lemon aroma from lemongrass. It is simple, refreshing, & pink. Enough said.

Next up out of their 10W-40 Imperial Stout Specialty Series, Hi-Wire Brewing will be releasing the Mexican Hot Chocolate 10W-40 Imperial Stout (8% ABV) brewed with Chocolate, Vanilla, Cinnamon, Pasilla, and Carolina Reaper Peppers. Drinkers are sure to love this spicy, sweet, and creamy version of their sought after 10W-40. This beer will see full distribution the second week of September in 4-packs of 16oz cans in Hi-Wire’s distribution footprint.

Long-time friends Hi-Wire Brewing and NOLA Brewing out of New Orleans, Louisiana paired up for the second time to brew Floppy Flippy (7.5% ABV). This hazy IPA is aggressively hopped with Citra, Galaxy, Amarillo, & Azacca and is sure to make your taste buds dance. Available the first week of September, this beer will see limited distribution in 4-packs of 16oz cans.

Last up for the month of September from Hi-Wire Brewing is the latest version of their popular Hazy&Juicy&Hoppy&Fresh IPA (7% ABV). The series is getting mixed up with the Southern Hemisphere hops Waimea and Motueka. This is a double dry-hopped India Pale Ale that is hazy, juicy, chock full of bright hop aroma, and silky smooth. A grip of oats and a touch of lactose rounds out this citrusy IPA that is piney and bright. Available the last week of September in 4-packs of 16oz cans, this beer will see full distribution.

Located in Asheville, NC, Hi-Wire Brewing is known for producing approachable and balanced lagers and ales, most notably Hi-Wire Lager, Bed of Nails Brown, and Hi-Pitch Mosaic IPA. They have two locations in Asheville: the 27,000 square foot Big Top Production Facility & Taproom positioned half a mile from the Biltmore Estate and the South Slope Specialty Brewery & Taproom located in the South Slope area of Downtown, which has a focus on wild and sour ales. Hi-Wire opened their third taproom in the fall of 2018 in Durham, NC dubbed “Hi-Wire Brewing at Golden Belt” and their first out of state taproom in Knoxville, Tennessee in the summer of 2019. Hi-Wire was awarded the gold medal at the 2016 Great American Beer Festival® in the German-Style Maerzen category for their Zirkusfest Oktoberfest Lager. Most recently, they took home bronze in the Wood and Barrel Aged Beer category at the 2018 World Beer Cup® for their Dry Hopped Brett Pale Ale. Hi-Wire Brewing’s award-winning beers can be found on draft and in bottles across North Carolina, South Carolina, Tennessee, Georgia, Ohio, and Kentucky. To learn more about the company, visit hiwirebrewing.com.