(Asheville, NC) – Continuous and strategic growth has been imperative to the overall success of Asheville, North Carolina’s Hi-Wire Brewing. Established in 2013, Hi-Wire has expanded its distribution footprint to over 6 states and is proud to announce it will be opening its fourth retail taproom in Knoxville, Tennessee in summer 2019. 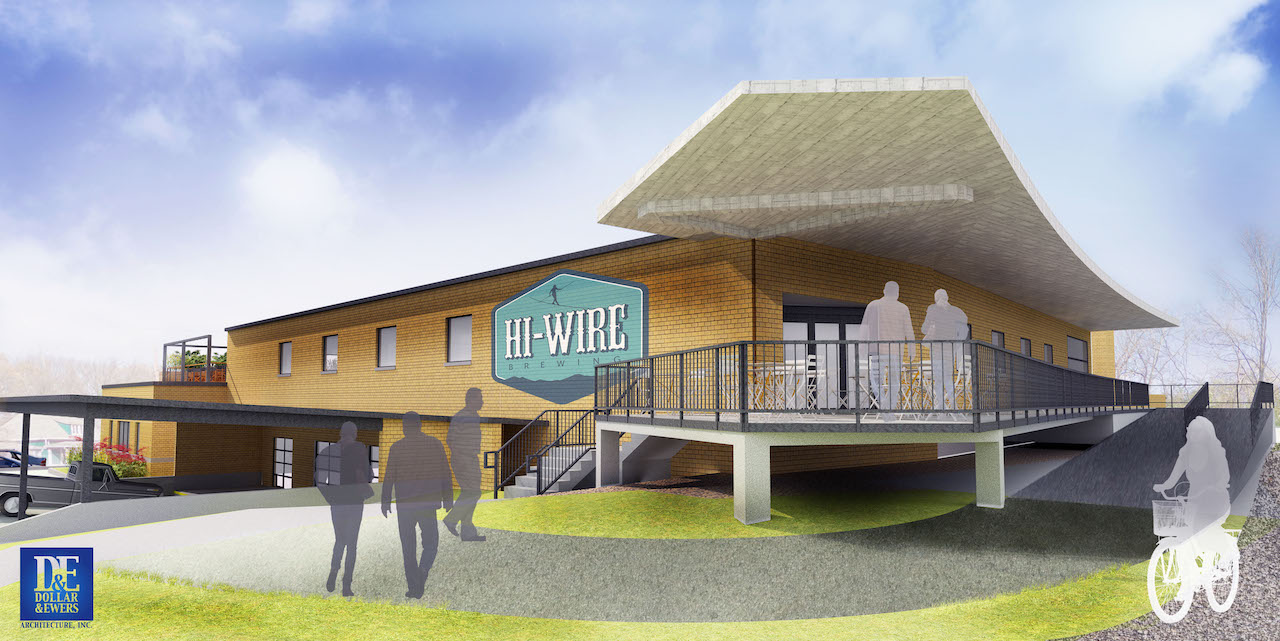 Located just across the Tennessee River from downtown, in hip South Knoxville, the 10,187 square foot taproom will be a part of a mixed-use building at 906 Sevier Ave. Hi-Wire will have the entire 2nd floor to themselves including a 455 occupant taproom, two outdoor decks – one of which is a rooftop with views of downtown Knoxville – and 24 taps. The space will be game and activity heavy, featuring two soccer pool tables, table tennis, shuffleboard, foosball, and more. The bar’s 24 taps will feature Hi-Wire’s full line-up of beers, including year-round, seasonal, specialty, sour, and one-offs, as well as wine, local cider, and guest taps from neighboring Knoxville breweries.

Co-owner, Adam Charnack notes “Knoxville and Asheville are, to us, like cousins. They’re both small mountain cities with strong outdoors, food and drink cultures. We’ve been selling our beers in Tennessee for about three years, and it’s the state in which we saw the largest growth in 2018. Being able to bring the “Asheville Hi-Wire” experience to Knoxville and to Tennessee seems like the natural next steps in growing our relationship. We are committed to deepening our ties to the community and to the state while providing the best and most innovate beers to loyal, tried-and-true fans.”

Hi-Wire is partnering with S2 Construction for the space buildout and worked with Tim Duff with Realty Executives Commercial as the leasing agent for their Knoxville taproom. Construction is scheduled to be completed summer of 2019. Hi-Wire will be regularly updating their website and social media with formal announcements regarding construction, hiring, and opening date. For the most current information regarding all things Hi-Wire, please visit hiwirerewing.com or follow them on social media at @hiwirebrewing.

About Hi-Wire Brewing
Located in Asheville, NC, Hi-Wire Brewing is known for producing approachable and balanced lagers and ales, most notably Hi-Wire Lager, Bed of Nails Brown, and Hi-Pitch Mosaic IPA. They have two locations in Asheville: the 27,000 square foot Big Top Production Facility & Taproom positioned half a mile from the Biltmore Estate and the South Slope Specialty Brewery & Taproom located in the South Slope area of Downtown, which has a focus on wild and sour ales. Hi-Wire opened their third taproom in the fall of 2018 in Durham, NC dubbed “Hi-Wire Brewing at Golden Belt.” Hi-Wire was awarded the gold medal at the 2016 Great American Beer Festival® in the German-Style Maerzen category for their Zirkusfest Oktoberfest Lager. Most recently, they took home bronze in the Wood and Barrel Aged Beer category at the 2018 World Beer Cup® for their Dry Hopped Brett Pale Ale. Hi-Wire Brewing’s award-winning beers can be found on draft and in bottles across North Carolina, South Carolina, Tennessee, Georgia, Ohio, and Kentucky. To learn more about the company, visit hiwirebrewing.com.