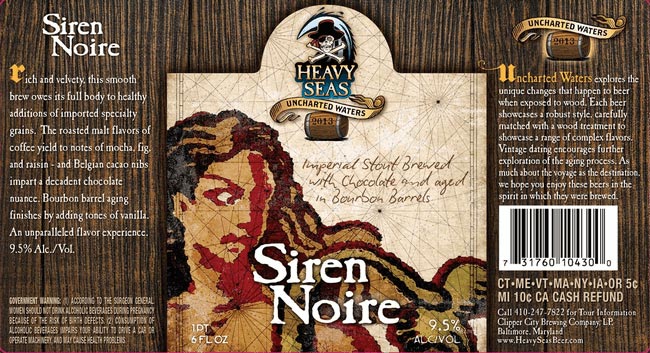 As alluring as the mythic creatures for which Siren Noire is named, this Imperial Chocolate Stout has been aged for 5 weeks in bourbon barrels with added vanilla bean. Brewed with almost 3 pounds of Belgian cocoa nibs per barrel and a mix of dark malts, Siren Noire has a well-rounded body that is decidedly chocolatey – but without being extraordinarily sweet. Brewers Gold hops contribute an earthy spiciness, with notes of black current.  Siren Noire is also a great beer to cellar. It will mellow slightly and become incredibly silky… if you can manage not to drink it for 6 months to a year from bottling.

Available for a limited time only!

The style may be an oxymoron, but this ale is a variation of our flagship Loose Cannon IPA, with a twist. Black Cannon’s roasted character comes from dark malts, but a heaping portion of hops – in the hopback, kettle, and fermenter – impart the flavor and aroma of an IPA. This highly anticipated seasonal release has been called the benchmark of the style by beer lovers everywhere. Available January through March.