(CINCINNATI, OH) – Baltimore-based Heavy Seas collaborated with MadTree to create a new beer with a twist – it uses ingredients sourced from local partners in both communities. Chesapeake Bay Roasting Company from Baltimore worked with Cincinnati’s Deeper Roots Coffee to select and roast two different coffees to use in the beer. Cincinnati’s Maverick Chocolate then supplied the cocoa nibs used in the Scottish ale. Both breweries partnered with the Clean Water Fund and Earth Share Ohio to use this as an opportunity to raise funds and awareness for water management and conservation. 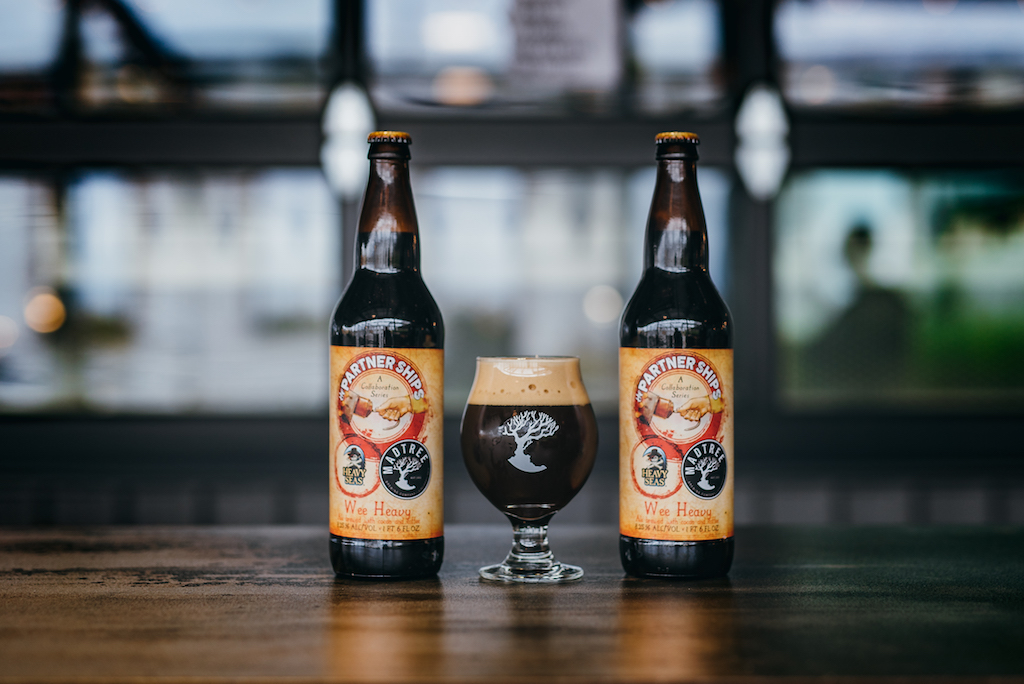 “MadTree has long admired what the Heavy Seas’ crew has been doing so we were excited to be a part of the Partner Ships series this year,” said Ryan Blevins, MadTree head brewer. “It was a blast to take the collaboration to another level by bringing in our favorite coffee roasters to collaborate on the beans used in the beer.”

The Partner Ships series features beers produced in collaboration with other regionally and nationally recognized brewers in the spirit of friendship, creativity, and adventure. For 2017, Heavy Seas is partnered with Union Craft Brewing and Cigar City Brewing in addition to MadTree. The Partner Ships series is brewed at Heavy Seas Beer in Baltimore and celebrates the pioneering spirit of American craft beer today.

The beer will be available on draft and in 22oz bomber bottles at bars, restaurants, and better beer retailers. A series of special tapping events will be held throughout Ohio and Kentucky to raise money and awareness for Earth Share Ohio/Clean Water Fund. See the list of events below:

About the beer:
· Style: Wee Heavy

About MadTree Brewing Company
Cincinnati’s MadTree Brewing made history when they opened in 2013 by becoming the first modern craft brewery to can its beer in Ohio. In February 2017 they opened a new $18M brewery, taproom, beer garden, and private event spaces in Cincinnati’s Oakley neighborhood. MadTree is known for focusing more on great tasting beers rather than following traditional brewing style guidelines. Their award-winning beers are distributed throughout Ohio by Cavlier Distributing and throughout Kentucky by Beer House Distributing. For more information about the beers, brewery, and taproom, visit madtreebrewing.com or connect with them on Facebook, Twitter, Instagram, and Snapchat.

About Heavy Seas:
Established as Clipper City Brewing Co., LP, in 1995, the brewery has focused exclusively on its Heavy Seas branded portfolio of products. Founded by Baltimore beer pioneer, Hugh Sisson (Maryland’s first pub brewer), Heavy Seas sells beer in 19 states plus the District of Columbia. They are best known for their flagship brand, Loose Cannon. For further details go to www.hsbeer.com.