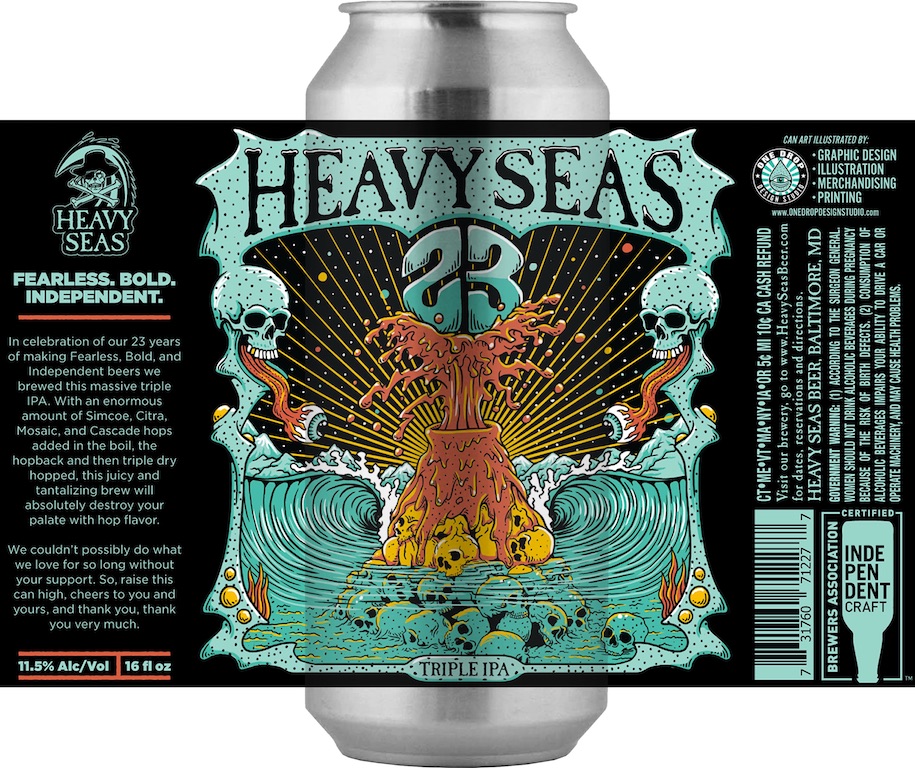 23 is the first beer to be released by Heavy Seas in a 4pack of 16oz cans with PSLs (pressure sensitive labels). The 23 label artwork was designed by local Baltimore artist, Owen Murphy of One Drop Design Studio.

Heavy Seas will be hosting a 23rd Anniversary Party on Friday, December 7th in the Tap Roomat the brewery in Halethorpe, MD. This will be the first time customers can try 23 on draft or purchase the Triple IPA in cans.

With an enormous amount of Simcoe, Citra, Mosaic, and Cascade hops added in the boil, the hopback and then triple dry hopped, this juicy and tantalizing brew will absolutely destroy your palate with hop flavor.

“A beast of a beer, the subtle hop aromas belie its depth and power,” says Heavy Seas Brewmaster, Christopher Leonard. “Over tones of berry and melon blend with some tropical fruit and white grape notes to intrigue without overpowering. A hint of cracker, candi sugar and toffee lead into brown sugar, pine and more tropical fruit flavors. A warming, semi-dry finish with lingering berry and citrus flavors, completes the 23 experience.”