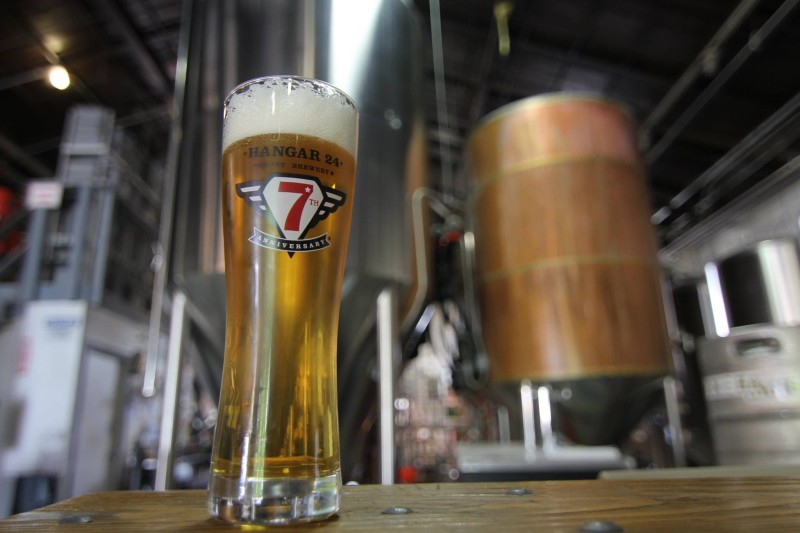 “7th Anniversary Pils” is a 5.2% ABV hoppy pilsner brewed with traditional ingredients and processes, every major ingredient having been imported from Germany. Floor-malted barley lends the beer a delicate and balanced malt character, while a decoction mash mirrors techniques used by some of the oldest brewers of the style. The time and effort pays off in a unique pilsner malt character, supporting the bright, bold hop character of classic “noble” hops.

The anniversary beer will not be bottled, and craft beer fans’ first chance to grab a pint will be at pouring stations throughout Saturday’s event. After AirFest the beer will be available for pints and growler fills in the Hangar 24 Tasting Room, and at select local retailers and establishments which serve Hangar 24 Craft Beer on draught.

About AirFest: This year’s event takes over the Redlands, California Airport from 12 noon until 10pm this Saturday, May 16th, and will feature over thirty Hangar 24 Craft Beers, five live bands, a four hour airshow from world-class aviators, more than two dozen food vendors, and a hugely expanded AlarmCo Kids’ Zone featuring seven hours of family activities and entertainment. AirFest is held by Hangar 24 Charities, a registered 501c3, and all proceeds from the event benefit Hangar 24 Charities and other local charity partners. 10,000 attendees are expected.

Pre-sale tickets to AirFest are on sale now on Eventbrite. GA tickets are $15, while tickets for kids are $5 for ages 6-12 and free for kids 5 and under. Parking is $5 cash at the event.