Half Acre Looks Back on a Decade of Daisy Cutter

(Chicago, IL) – This April we celebrate a decade of Daisy Cutter Pale Ale. 10 years is a long time to do anything and we’re honored that this beer of ours continues to ring the bell. 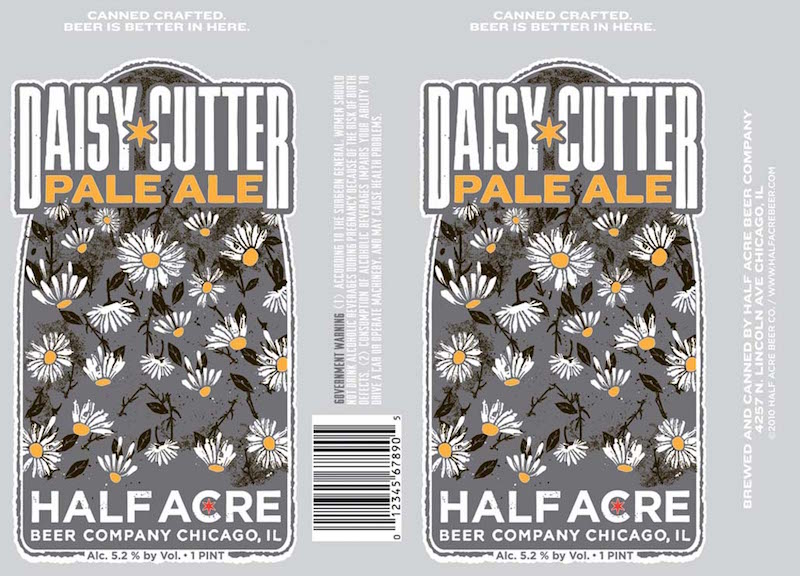 Flagship beers have been losing favor in the landscape for a while now. There’s a culture of singular, chase-focused experience in beer and while we’re here for that, we want to believe that there’s room for both.

Long term sensory experiences create time capsules that connect your former self to you current and future selves. Daisy Cutter and beers like it are a connecting thread in your existence. Pass these liquids through your receptors and flood your senses with personal history.

We’re celebrating this milestone in a pretty big way. Daisy Cutter packaging (12 and 16oz) has been redesigned to denote the 10 Year Anniversary and on April 19th we’ll be hosting a DECADES party at our brewery taprooms and on the 20th at bars throughout Chicago and the country. Details on what to expect at those events, including specialty Daisy Cutter variants and one-off merchandise, can be found on our website.
Thank you for making Half Acre and Daisy Cutter what it is today, we look forward to the decades to come.