(San Diego, CA) – Craft beer enthusiasts in Southern California can be excited.  Gunwhale Ales officially announces its signing with Scout Distribution for expansion into the San Diego market.  The award-winning brewery recently opened a new production facility and taproom Orange, California. This new brewhouse and cellar will allow the increase of its annual output initially by 250%, enabling the brand to meet demand that previously was limited by capacity at their first location. 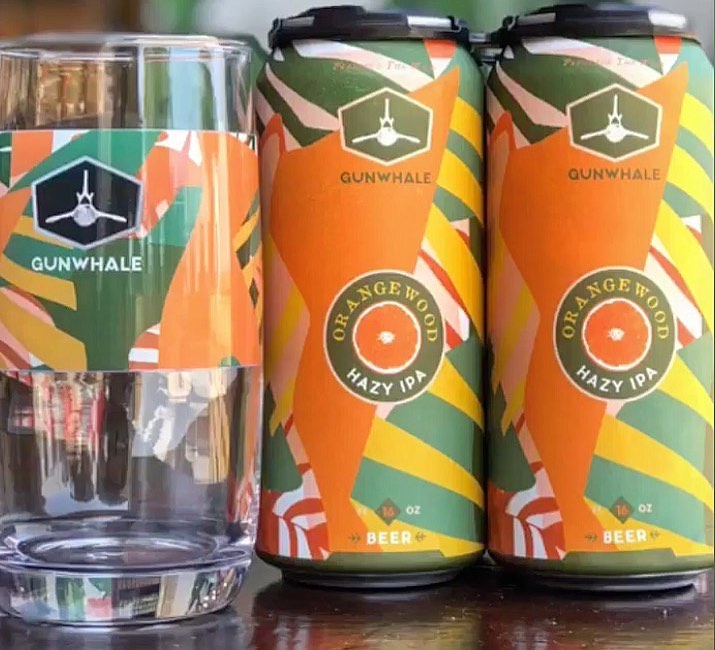 Bobby Fitzgerald, Justin Miller and JT Wallace (Gunwhale’s Co-Founders) share personal connections to the San Diego area. As a native to La Jolla, Fitzgerald has great memories of local brewing culture and his time with the highly decorated homebrewing club QUAFF, where he was a member before launching the brand. Miller and Wallace also lived in San Diego, while doing undergraduate study at Mesa College and SDSU respectively.

Fitzgerald explains, “We very excited to put more product in front of retail partners in my hometown, where my family, friends, and colleagues can find it regularly. Previous events and collaborations such as those with Mikkeller San Diego and Pure Project revealed local consumer interest in our approach to beer making. I know how competitive the scene is in this market, but we are first trying to backfill demand we were not able to previously reach. The beers we make are inspired by our experiences of camping, surfing, and fishing this coastal region, and are built for the lifestyle here. Despite it being a competitive space, we believe we can fit in well with other innovative food and beverage leaders in the area.”

The brewery initially will offer the following beers for the market :

California Cobbler – 7.6% ABV, a Rye Farmhouse Ale with peaches & cinnamon, a mixed-fermentation beer barrel-aged for a over year and bottle-conditioned. (500ml bottles)

The company will also offer smaller amounts from their focused portfolio of farmhouse-inspired beers, including barrel-aged, mixed fermentation, and wild specialty labels.

Miller adds, “We watched as Scout flew out of the gate, strengthened their portfolio and continues to grow very rapidly since opening. They just seemed to understand our brand at its core, and they shared our plan to expand with strict concerns over the quality of our product. We want to grow the Gunwhale brand through creative, balanced and unique beer profiles, and are now able to expand our distribution footprint in this rich and vibrant market.”

Scout Distribution produced a short film about the Gunwhale brand, which can be viewed here : https://vimeo.com/367640737

Gunwhale Ales strike a balance between the raw, wild spirit of farmhouse brewing, and the pioneering hop forward styles of California. We have an obsession with yeast driven Saisons, aromatic, hoppy pale beers, and other rustic, wild and sour ales. This gives our beers uncommon qualities that are both surprisingly delicate and nuanced, yet refined and robust in their simplicity. From bright, billowy summer ales to rustic, fortifying stormers that stand up to the rougher seas, Gunwhale makes beers that reflect the culinary and cultural heritage of the West Coast.