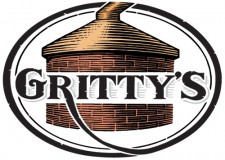 Maine craft brewer Gritty McDuff’s Brewing Company (www.grittys.com) is changing the make-up of its variety pack to include its new 21 IPA.

“We are changing the Gritty Dozen to include our anniversary ale, the 21 IPA,” said Gritty’s Vice President and Master Brewer, Ed Stebbins. “The make-up of the variety pack gives customers a broad assortment of flavors that we believe beer enthusiasts will enjoy. We’ve also redesigned the packaging—it has a bright, really cool design that we know customers will appreciate.”

To make room for the 21 IPA, Gritty’s will replace two beers from the Gritty Dozen. Fans of the Black Fly Stout and Best Bitter will undoubtedly mourn the loss of those beers from the Variety Pack, but Gritty’s is making amends for the change. To coincide with the change in the Gritty Dozen, the Black Fly Stout and the Best Bitter will transition from 12-ounce to 22-ounce bottles and will be available in 5 liter mini kegs and on draft.

The new Gritty Dozen and the 22-ounces bottles of Black Fly Stout and Best Bitter will be available in retail outlets by mid-summer.

Gritty McDuff’s beers are available wherever better beers are sold throughout Maine and in a growing number of supermarkets, beer and wine shops, convenience stores and other retailers in Maine, New Hampshire, Vermont, New York, Massachusetts, Florida, Pennsylvania, and New Jersey.

Since its founding in 1988, Gritty McDuff’s, Maine’s first brew pub since Prohibition, has brewed creative, quality beers that have earned awards ranging from repeat First Place wins at the annual Real Ale Festival in Chicago, to their most recent award: a silver medal at the prestigious 2007 Great British Beer Festival for Gritty’s cask-conditioned version of the 21 IPA. Gritty’s Brew Pubs also have frequently won in statewide polls the titles of “Maine’s Best Brew Pub,” “Best Maine Microbrew,” and “Best Bar.”

In addition to brewing award-winning beer, Gritty McDuff’s operates three popular brew pubs in Maine. Located in Portland, Freeport and Auburn, the locations draw crowds of all ages. Known for their four seasonal ales and five year-round ales, tempting pub fare and welcoming atmosphere, Gritty’s pubs have been named an Editor’s Pick by Condé Nast Traveler, highlighted as “a legend among New England brewpubs” by The Boston Globe, and cited by Playboy.com as one of the best bars in America. Gritty’s has earned numerous accolades from a wide variety of beer blogs and industry press outlets, as well.