(Asheville,NC) – Green Man Brewery is expanding its distribution South once again, taking on the entire state of Florida. The craft beer pioneer in Asheville, North Carolina has been steadily ramping up distribution since its second expansion in 2012, starting with North Carolina and spreading out to Tennessee and South Carolina. Green Man opened its fourth distribution state in August starting with Daytona Beach with a partnership with Perrott Distributing Co., and is rolling out the rest of the state by signing on with six additional distributors in the beginning of December. 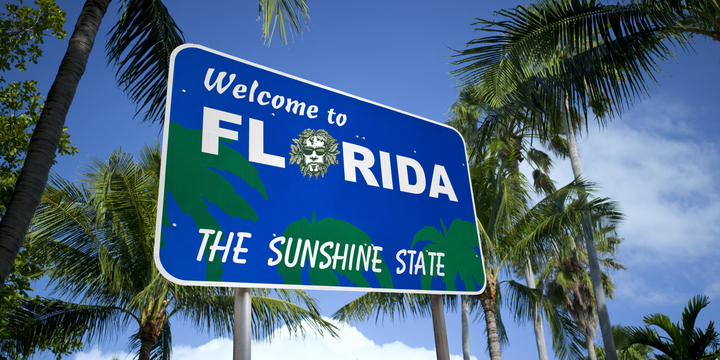 The Brewer’s Association ranks Florida as 8th in the country for economic impact of craft beer, which is an indication of it’s status as an emerging craft beer state. Green Man has developed an eager fan base in the state due to the high crossover of tourism between Florida in Asheville, and the brewery’s owner has strong roots in the state.

“We have received a great deal of pull from wholesalers and consumers in Florida, and our distribution strategy is to follow where the love is.,” explains Elise Carlson, Director of Marketing and PR. “We are excited to finally deliver what our fans have been asking for, and just in time for the holidays.”

Green Man year round flagships IPA, ESB, and Porter will be available initially throughout the entire state of Florida, in 12 oz. bottle six packs and on draft.

Look out for Green Man Legendary Ales starting the first week of December, in retailers, bars and restaurants. Promotional events, tastings, and tap takeovers will be taking place throughout the state during the first three weeks in December.

The legendary Green Man has existed for centuries but it’s no myth that he’s been brewing great beer in Asheville since 1997. Green Man has been producing some of the beer scene’s most iconic ales for 18 years. The English style flagships are consistently recognized for quality, and the specialty and barrel-aging offerings are highly sought after.

Green Man is currently undergoing an 18,000 square foot expansion next to the current facility on Buxton Avenue in downtown Asheville. It includes a state of the art Kaspar- Shultz brewhouse, a packaging hall with a KHS bottling line and CombiKeg, a lofted indoor/outdoor tasting room, and a retail shop. For information and tours, visit: greenmanbrewery.com