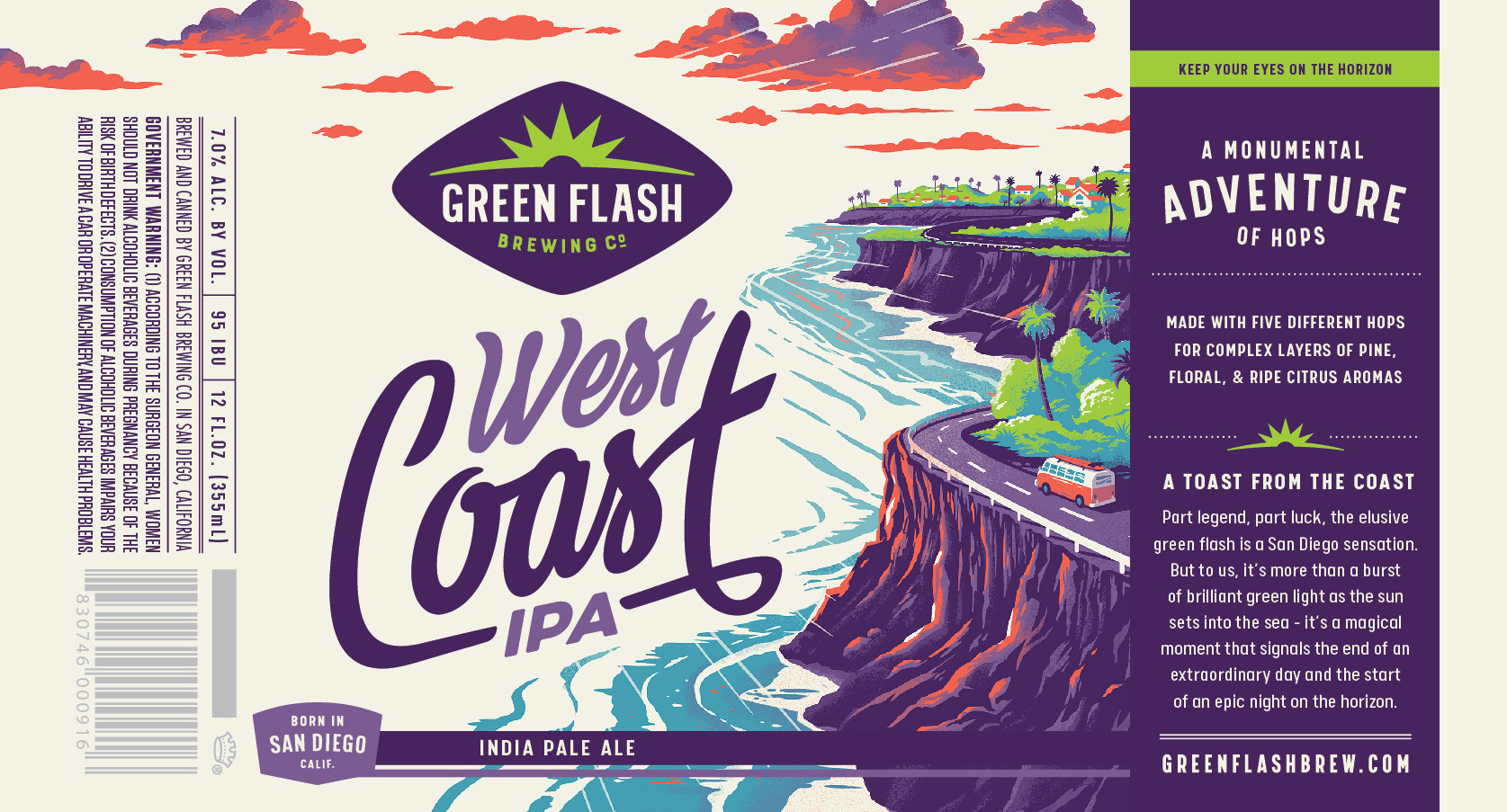 (San Diego, CA) – 2018 was a year of transition for San Diego veteran craft brewer Green Flash Brewing. Instead of rehashing old, painful memories, we wanted to share info that Green Flash is in the final stages of a rebrand that will include the return of the original recipe of West Coast IPA, a beer that had been transformed from a crisp hoppy ale to a rather malty double IPA. We checked out the new label (shown here) within the TTB database after seeing OG West Coast IPA listed at a few San Diego Beer Week events this past November. We reached out to Green Flash and were surprised to hear back quickly from their new VP of Marketing, Ben Widseth. He had this to say:

“Our new visual identity represents a dramatic shift for the Green Flash brand and reinforces its origin as one of the original San Diego craft beers. There was no doubt that our legendary West Coast IPA would be the first style to don the new logo and design. The custom coastline illustration and our Toast from the Coast manifesto reinforces the brand’s purpose and connection to San Diego. Over the years we’ve also heard from our loyal drinkers who reminisced about the original 7.0% ABV recipe, so we’re excited to announce that we’re bring back this recipe as part of the brand refresh. Stay tuned in 2019 as we continue to update our packaging and celebrate Our Toast from the Coast!” 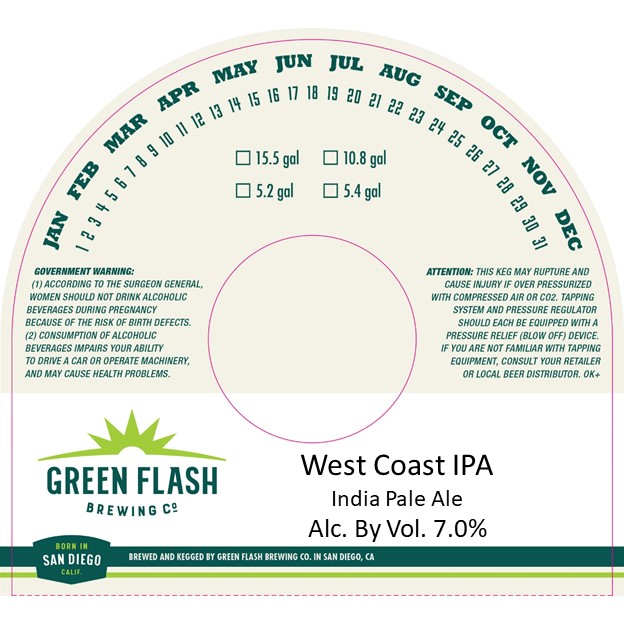