(DENVER, CO) – Great Divide Brewing Company is releasing the 2018 edition of Hop Disciples in December. Every year, Hop Disciples, the brewery’s Rotating Hop Project series, takes a bright, clean IPA and puts a different hop variety at the forefront of the sensory experience. The 2018 release, which is part of the brewery’s Tank Farm series, introduces Ekuanot, a newer American varietal that features strong tropical fruit flavor with aromas of citrus and herbs. 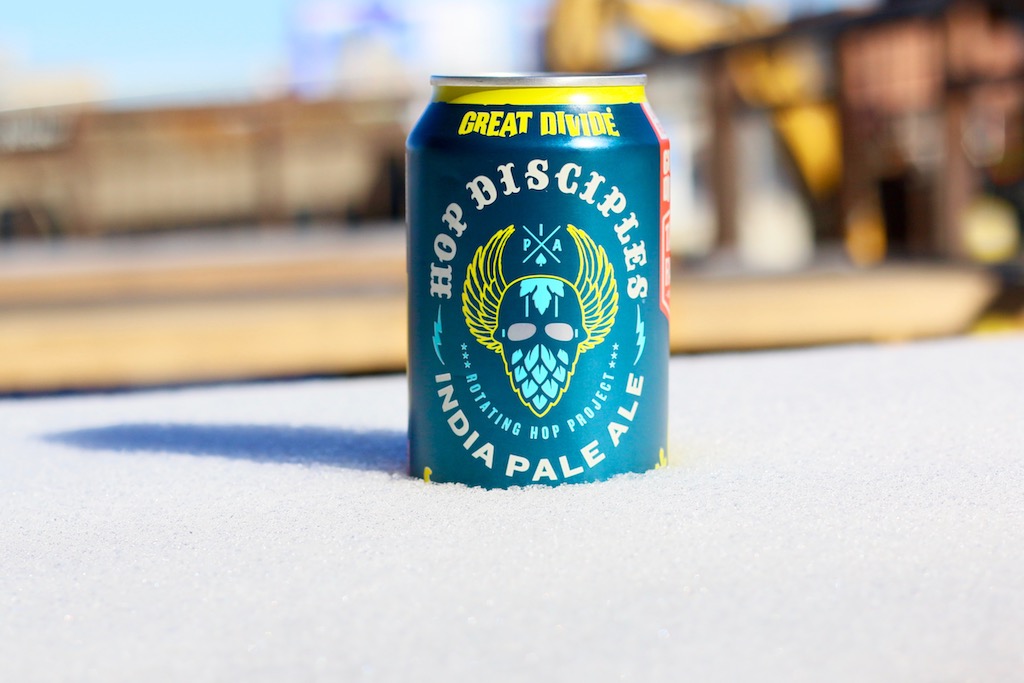 “Hops embody the romantic side of brewing and symbolize both a brewer’s connection to the soil and the spirit of innovation,” said Brandon Jacobs, brewery manager of Great Divide Brewing Company. “Creating a beer that can highlight a single varietal provides an opportunity to showcase the unique character of that hop and expand our consumers’ taste buds.”

A simple malt bill allows the Ekuanot to shine, bringing forth notes of papaya, honeydew melon and tangerines, while a subtle earthy undertone lingers. Hop Disciples may look tough on the outside, but with its golden hue and approachable 6.2 percent ABV, this beer is a lover not a fighter.

“With a crisp, dry finish and the hop character front and center, Hop Disciples is an easy-drinking delight. It is best enjoyed with friends after a day well spent,” said Jacobs.

The 2018 edition of Hop Disciples will be available starting mid-December 2017 through April 2018 in 6-pack cans and on draft across the country.