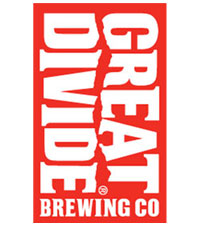 Denver, CO – Great Divide Brewing Company, one of America’s most acclaimed microbreweries, will celebrate fifteen years in business on June 6, marking the occasion with a limited-release oak-aged double IPA and a party at the brewery featuring live music, food and a number of special beers.

In 1994, Colorado’s craft beer scene scarcely existed, but Brian Dunn recognized Denver’s potential to be a great beer city. Combining his business background with his passion for beer, which was developed through his international travels and his experience as a homebrewer, he decided to start a brewery. He set up shop in an abandoned dairy-processing plant at the edge of downtown Denver and began brewing the beers that, over the past fifteen years, have carried Great Divide Brewing Company to its status as one of America’s most decorated microbreweries and helped transform Denver into an international destination for beer lovers.

“It’s been a fantastic ride,” says Dunn. “We started out with two beers, doing everything by hand, and we’ve just grown and grown and grown. Just in the past year, we’ve added a state-of-the-art new bottling line, quadrupled our (admittedly small) barrel-aging program, opened a patio for the Tap Room, and released seven new seasonal beers, with more to come. We’re all having a ton of fun doing it, and looking back at how far we’ve come in fifteen years, I can’t even imagine what the next fifteen will bring.”

To celebrate this milestone, Great Divide will release 15th Anniversary Wood Aged Double India Pale Ale. Based on the brewery’s most award-winning beer, Denver Pale Ale, this copper-hued treat is a celebration of everything Great Divide does best. Plenty of malty sweetness provides a backdrop for earthy, floral English and American hops, while French and American oak round off the edges and provide a touch of vanilla.

“We really think this beer sums up everything we’ve come to be known for over the past fifteen years,” says Dunn. “Like all of our beers, it will be assertive and flavorful but also balanced and drinkable, and it’s a combination of classic elements with more innovative touches.”

15th Anniversary, which is at 10.0% alcohol by volume and 90 International Bittering Units, will be available in 22-ounce bottles and on draft through August 1.

Great Divide will release 15th Anniversary Wood Aged Double India Pale Ale at its 15th anniversary party, which will be held at the brewery on June 6 from 2-7 p.m. In addition to their first taste of the new beer, party goers will get to enjoy delicious food, live music by Denver bands Dressy Bessy, the Swayback, and Young Coyotes, and plenty of other Great Divide beers, including some well-aged versions of old favorites and a number of small batches brewed just for this event. All of this merriment will be included in the ticket price of $20, and Great Divide will donate a portion of the proceeds to the Boys & Girls Clubs of Metro Denver and the Colorado Environmental Coalition.

“This party should be an equally great time for our devoted fans and anybody who just wants to spend a beautiful Denver afternoon with good music, good food and great beer,” says Dunn. “Come help us celebrate fifteen years and say cheers to many, many more.”