Governor’s Veto Message Does Not Apply to Anheuser-Busch 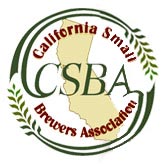 Where is the Priority, Governor?

“The Governor’s decision to sign AB 1245 is a disappointment to craft brewers and many others across California.”

“AB 1245 is clearly anti-competitive and designed to fulfill the marketing aspirations of one major brewer. The legislation that allows for more aggressive marketing of alcohol in the State of California was poorly drafted and will likely expose the State of California to potentially costly litigation in federal court. In addition to tilting the market-place scales towards large institutional breweries, AB 1245 establishes an unconstitutional treatment for in-state beer manufacturers, versus importers and out-of-state brewers. Finally, due to its poor construction, this measure poses a significant challenge to the ABC and their enforcement teams to ensure industry compliance.

“In sum, this legislation makes it harder for small brewers to gain access to California consumers, discriminates against importers and out-of-state brewers, invites litigation against the state and raises numerous questions as to how an already understaffed Alcohol Beverage Control Board is going to enforce the terms of this legislation.

“Given these flaws and their potential for negative impacts, CSBA finds it difficult to understand how the Governor included this measure with others he signed and thus considered to be “the highest priority for California.”

“We hope to work with the Administration, the Alcohol Beverage Control Board and the Legislature to avert potentially significant anti-competitive and anti-consumer consequences of this legislation that may hurt some 280 native craft brewers across California and their customers.”