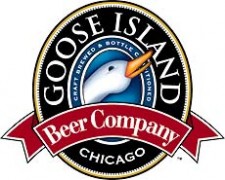 Chicago, IL –  The long anticipated release of Goose Island Beer Company’s Matilda on the West Coast is now official, announced the Chicago brewer today. A staple in Midwestern US beer markets since it launched there in 2005, Matilda will now be made available to craft beer drinkers in Washington, Oregon, California, Arizona, Nevada, Idaho, Colorado and New Mexico.

The beer begins shipping today and is scheduled to hit shelves of better grocery stores and beer specialty shops throughout the Western US by the beginning of March 2010. Matilda will also be available on draught at restaurants and high-end pubs throughout the West.

Since 2005, Matilda has garnered accolades from food and beer critics around the world, medaling in both the prestigious World Beer Cup and Great American Beer Festival. With an alcohol by volume of 7% and a shelf life of 5 years, the finished product is true to Belgium’s tradition of brewing with spicy yeasts. Harkening rich aromas such as coriander and allspice, Matilda is brewed with a rare yeast strain that also lends a slightly fruity flavor.

Brewmaster Greg Hall developed Matilda for seasoned craft beer and wine drinkers to enjoy at the dining table or for casual socializing at the bar. Like others in the Goose Island lineup, such as Bourbon County Stout and Pere Jacques, the flavor of Matilda evolves as it ages and continues to develop over time. Due to the complex flavor of these ales, and like a fine wine, a 2006 bottle of Matilda will have a slightly different taste and character than a 2010 bottle of Matilda.

A personal favorite for Hall, Matilda, he says, is evidence that American brewers are shaking things up in the Belgian Ale category. “Matilda is proving that American craft brewers are making Belgian Ales better than Belgian breweries,” he said. “I can’t tell you how many times I have heard that Matilda has made its way into people’s list of favorites by bumping a Belgian off their list. It’s also versatile enough to appeal to the Western palate and appetite for exquisite beer pairings, and I’m proud this Chicago favorite Belgian Ale is heading west.”

Matilda is a natural favorite among beer drinkers who enjoy Belgian Blonde Ales, Tripels, and Abbey Ales. Its spicy yeast flavors pair well with fresh mussels and contrast with rich meats such as pork belly. Cheeses for pairing include soft ripened cheeses like Camembert and washed rind cheeses such as Winnimere. Wine drinkers who enjoy Chardonnay, Champagne, and Sauternes may also find Matilda especially appealing.

Matilda is available on tap at Goose Island’s Clybourn and Wrigleyville brewpubs as well as in better pubs throughout the West. Suggested retail range for Matilda is $10.99 to $12.99 per four pack of 12 ounce bottles. For more info, please go to www.gooseisland.com.