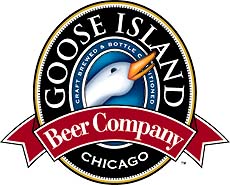 Chicago, IL,  . . . Goose Island Brewing Company has been celebrating the annual release of its Bourbon County Stout since it was first created 16 years ago by brewmaster Greg Hall to commemorate the 1000th batch at the original Chicago brewpub. As 2008 comes to a close, Goose Island has yet another reason to celebrate; thanks to larger distribution capabilities, the brewer is able to make the massive imperial stout, the first of its kind, available to beer connoisseurs throughout Oregon, California and Arizona. The beer began shipping yesterday and is scheduled to hit shelves of better grocery stores and beer specialty shops in the three states by mid-November, 2008.

When Bourbon County Stout was first crafted, Hall brewed an imperial stout in four-year-old bourbon barrels, where it aged for one hundred days. The 2008 batch kicked things up a notch by aging for 10 months in 16-year-old barrels. This process allowed the liquid to pick up its charred oak, chocolate, vanilla, caramel and smoke flavors. With an alcohol by volume of 13% and a shelf life of five years, the finished product is clearly not for the inexperienced drinker; Hall developed Bourbon County Stout for seasoned craft beer drinkers and high end spirit connoisseurs who appreciate beers that come along once in a great while. Like a fine wine, the flavor of Bourbon County Stout evolves as it ages over five years, thereby lending a different flavor and experience for the drinker, no matter when he chooses to enjoy it.

“Until now, beer drinkers didn’t have access to massive imperial stouts in stores,” Hall said. “We set out to change that. This year, thanks to our commitment of increasing our barrel-aging capacity in our brewhouse, we are proud to say that we can bring Bourbon County to more beer enthusiasts than we ever imagined when we brewed the first small batch back in 1992. We think Bourbon County Stout will definitely make some memories and new fans this holiday season.”

Described by some as “a great cigar beer,” Bourbon County Stout is dark and dense. The flavor is so intense, Hall says, that only the most decadent chocolate dessert can stand up to it.

Bourbon County Stout will be available on tap at Goose Island’s Clybourn and Wrigleyville brewpubs as well as in 12 ounce bottles in specialty stores, with suggested retail for a four-pack at $19.99. For more on this special release, please go to www.gooseisland.com