(FORT COLLINS, CO)  – Funkwerks, the award-winning brewery in Fort Collins, Colorado, is preparing for a large expansion to their production facility. A shipment of two 60-barrel fermentation tanks and one 60-barrel brite tank is expected to arrive early March, adding an additional 50% total production capacity. 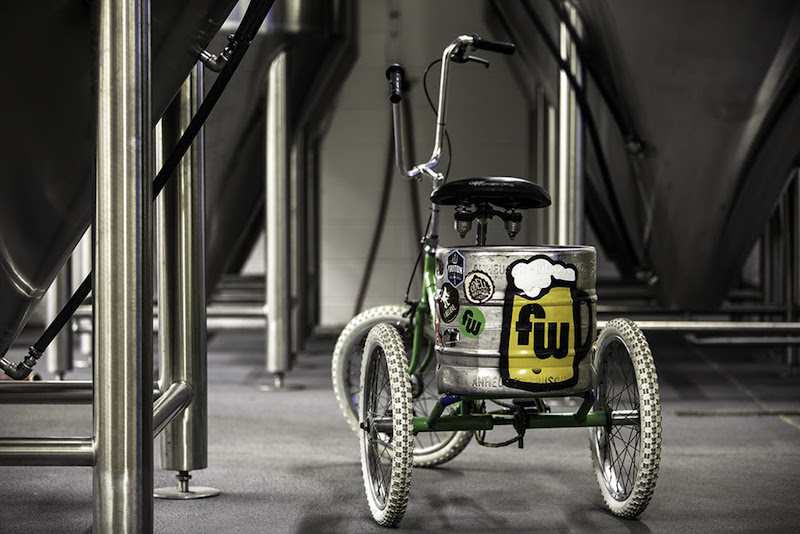 Experimental brews have always been a focus of Gordon Schuck’s, Co-Founder/Head Brewer, however “this past year we’ve been busy keeping up with the demand of Raspberry Provincial, Tropic King and Saison 4-packs. I am excited to finally have some extra capacity to devote to experimental brews.” Funkwerks brewed 3,500 barrels in 2015, an 80% increase from 2014. This year, Funkwerks expects to double their production and enter into new distribution territories.

Additionally, Funkwerks’ barrel program will be expanding. The number of oak barrels will double, allowing for an increase in production of sour ales and other barrel-aged brews. Brad Lincoln, Co-Founder of Funkwerks, is “really excited we will no longer be running out of beer, and to see our barrel program beers finally reach the channel.” The increase of oak barrels will allow for distribution of Funkwerks’ barrel-aged beers, including Oud Bruin, Peachy King and Barrel-Aged Deceit.

Thirsty? More funky brews are soon to come your way.

For more information on our beer, upcoming events, tastings, recipes and more, visit Funkwerks’ website and follow the company on Facebook, Twitter, Instagram, and enjoy the blog.
In 2007 Gordon Schuck’s recipe design and brewing skills resulted in a gold medal-winning Saison at the National Homebrew Competition. Brad Lincoln first experienced craft beer while working as an accountant in Portland, OR. The two met during the winter of 2009 while attending the Siebel Institute and studying brewing science. After being immersed in beer for the better part of five months, the two graduated and shared a desire to open a brewery. This resulted in the Saison-focused brewery that is now Funkwerks, opened on December 9, 2010. Funkwerks’ four mainline beers, Saison, Tropic King, Raspberry Provincial and Nelson Sauvin are produced year-round. Also brewed annually are four seasonals, a number of small experimental batches, and select barrel-aged releases. Funkwerks flagship Saison was awarded a gold medal at the 2012 Great American Beer Festival (GABF) and a silver medal in 2011. Deceit, a Belgian-Style golden strong ale, was also awarded a gold medal at the GABF in 2012 and a Silver at the World Beer Cup in 2014. In addition to receiving two gold medals in 2012, the GABF named Funkwerks the 2012 Small Brewing Company of the Year. The latest gold medal was awarded to Raspberry Provincial at the 2014 GABF. Funkwerks is located at 1900 East Lincoln Avenue in Fort Collins, Colorado. The tasting room is open 7 days a week: Sunday 11am-8pm; Monday throughThursday 11am-8pm; Friday 11am-9pm; and Saturday 11am-9pm. Brewery tours are given Saturdays at 2pm, 3pm and 4pm. Funkwerks is currently distributed in Colorado by C.R. Goodman, in Arizona by the Hensley Beverage Company, in Dallas and Fort Worth by Andrews Distributing, and in Iowa by Johnson Brothers Distributing Company.

Pisgah Brewing 2016 Hellbender Will Benefit Wild South VIDEO: Stone Brewing: Why We Have Chosen Not To Sell Out To Big Beer