(Minneapolis, MN) – In late spring of 2010, there were exactly zero blonde ales being brewed and distributed in Minnesota. Fulton Brewing had just launched with Sweet Child of Vine in late 2009, and didn’t have the capacity to brew a second beer just yet. For over a year, we had been homebrewing and refining a recipe for an ale that was light in color and hopped with German noble varieties. The malt bill – consisting of 2 Row and a little Caramel 10 and White Wheat – was dialed in quickly, but the hops varieties took much longer. We iterated through 18 different versions of the recipe before landing on a flavor/aroma combination of Tettnanger and Mittelfreuh which has carried through to the present day. Brewing 5 or 10 gallons of each of those versions meant we had significant quantities of homebrewed Blonde to drink through. But it always seemed to disappear—quickly. We finally wrapped our minds around the idea that this could be Fulton’s next year-round beer. 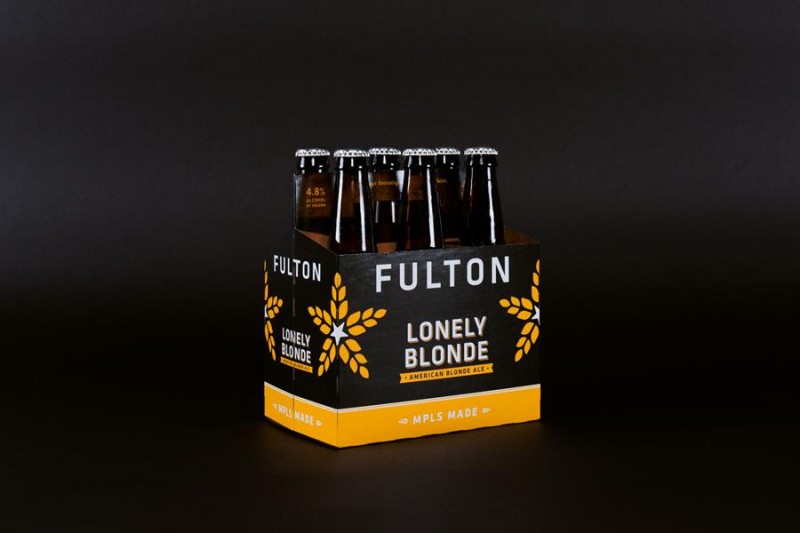 As the only locally produced beer of the style, the name “Lonely Blonde” was a natural fit. To this day, we have internal disagreements on who came up with the name, and there are even a few apocryphal name-origin stories that circulate within the brewery from time to time. (The lesson? If you think you have a clever idea, create detailed documentation so you can prove your friends and business partners wrong over beers later on).

By the time we released Lonely Blonde, we were confident we had created a very good beer, but we were less sure of the reception it would receive. At that time, the Minnesota craft beer market was a different place. There were only about 15 breweries in the state (compared to over 150 today); the first taproom wouldn’t open for almost another two years. Craft beer in Minnesota was mostly about big, hoppy IPAs and extreme stouts. We had no idea if anyone would drink a Blonde Ale; maybe we’d even get made fun of for making a “light beer” (which, for the record, Lonely Blonde is not).

As would be the case so many more times over the next seven years, we were wrong. Lonely Blonde rolled out on draft to a handful of bars and restaurants, and then a handful more. And then a few more and more. Most people thought it was just a summer seasonal at first (it wasn’t), and the volume was far behind Sweet Child of Vine, which had far exceeded our expectations out of the gate and was growing leaps and bounds. Nonetheless, Lonely Blonde kept selling more and more every month, and five years later, it quietly overtook Sweet Child of Vine as Fulton’s number one beer. Today, one of every two Fulton beers consumed is a Lonely Blonde. We were honored to receive a Bronze Medal at the Great American Beer Fest in 2015, and are even more proud of the number of times we’ve been told that Lonely Blonde is “my favorite beer.”

So, maybe Lonely Blonde isn’t so Lonely anymore – but who said that’s a bad thing?