Fort Collins Goes All In On Canning, Begins with Oktoberfest

(Fort Collins, CO)  – Fort Collins Brewery (FCB) is excited to announce that they will be moving their entire lineup to cans starting with their 2015 GABF®  Gold Medal Winner Oktoberfest, to release in August. The brewery currently has year round beers available in cans, while the small batch Savor Series and seasonals come in bottles. After testing the waters with the core lineup and getting great response from consumers, FCB has decided to dive in with all cans starting in August. “We feel great about the early response and know cans are the vessel of our future”, said FCB owner and General Manager Tina Peters. “Being 100% recyclable, cans are right in line with our commitment to sustainability. Cans are ideal in protecting the freshness and integrity of beer as barriers to oxygen and light. As the craft marketplace becomes more informed about the benefits of cans, we’re ready to take the plunge.” 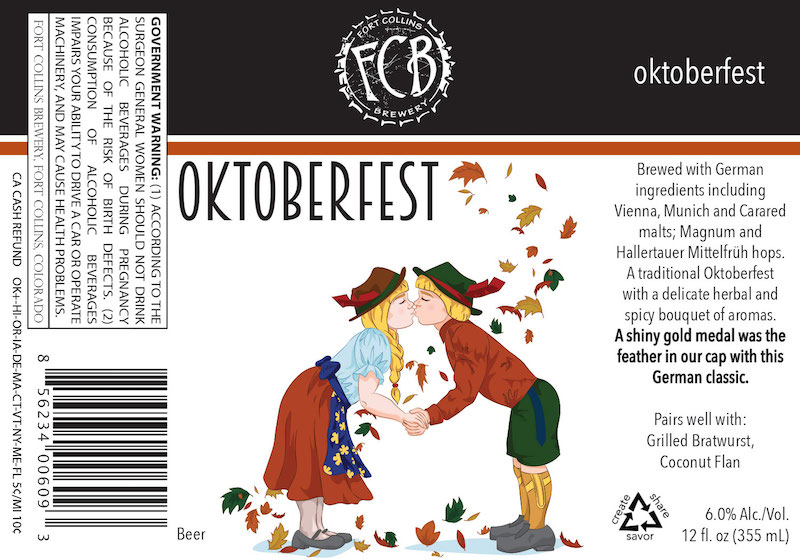 To help celebrate the complete shift to cans, FCB is teaming up with Water Mission, a nonprofit engineering organization that helps design, build and implement safe water, sanitation and hygiene (WASH) solutions for people in developing countries and disaster areas. “We applaud Fort Collins Brewery’s sustainability initiatives in conjunction with elevating the awareness of the global water crisis,” says Sandy Funk, Director of Marketing for Water Mission. “It enables every customer the opportunity to contribute to bringing safe water – the same quality that we have here in the U.S. – to people who lack access to it in underdeveloped countries. When families and villagers in remote regions have access to sustainable safe water solutions, it transforms their lives.”

The summer long campaign starts this week and will run through the end of August. “We want to really build momentum and help raise awareness about the global water crisis by combining photography with FCB cans,” said FCB Marketing, PR and Brand Manager Chea Franz. “The ripples of individual engagement with FCB will help encourage Water Mission’s commitment towards aid and improvement in access to clean water that will change lives.” Craft beer fans are encouraged to purchase any of FCB’s core four beers and post their summer adventures on Facebook, Twitter or Instagram using the hashtag #WhereCanFCBTakeYou. In turn, FCB will donate a portion of sales made from Red Banshee, Far Away IPA, Shot Down Chocolate Stout and Major Tom’s Pomegranate Wheat to Water Mission.

As for the transition from bottling to canning, FCB’s year round beers are available in cans within the brewery’s distribution footprint. Peaches & Barley, a Belgian-Style Saison coming out in July will be the last FCB brew appearing in a bottle.  The brewery’s award winning Oktoberfest will make it’s 2016 can debut in August.

About FCB: Fort Collins Brewery & Tavern is a family-owned, handcrafted microbrewery and full service tavern in Northern Colorado, established in 2003. FCB offers an outstanding lineup of 50 ales and lagers that can be found on tap as well as in bottles throughout the U.S. FCB is a 2015 GABF® Gold Medal Winner for Oktoberfest in the Dortmunder/German-Style Oktoberfest category. For more information, visitfortcollinsbrewery.com or call 970-472-1499. Brewery tours run Monday –Friday by appointment and Saturday from 12 – 4 p.m. (at the top of the hour). Create – Share – Savor

About Water Mission: Water Mission is a nonprofit engineering organization that designs, builds and implements safe water, sanitation and hygiene (WASH) solutions for people in developing countries and disaster areas. Since 2001, Water Mission has used innovative technology and engineering expertise to provide access to safe water for more than 3 million people in 52 counties. Water Mission has over 200 staff members working around the world in permanent country programs located in Africa, Asia, North, South and Central American and the Caribbean. Notably, Charity Navigator has awarded Water Mission their top rating nine years in a row, a distinction shared by only one percent of the charities rated by the organization. To learn more about Water Mission, visit watermission.org.