(Fort Collins, CO – Laying it all on the line with a truly unique brew, Fort Collins Brewery (FCB) will release Double Down, a Gose IPA, on Thursday November 3rd. The brewery’s newest seasonal offering will be a great alternative to other late in the year releases. This beer is a combination of a German style Gose and an American style IPA. “Basically, we sat down to build a Gose-style ale that incorporated elements of modern India Pale Ales,” says FCB’s lead brewer, Shaun Salyards. “We first designed a beer with a very traditional Gose malt bill – 2 row barley and malted wheat, and added traditional spices – sea salt and coriander, then took a look a what makes an IPA true to its name. In this case, since we kept the hops restrained through the hot side, we used a bit of lemon peel to pull a big citrus note, and then dry hopped at over a pound per barrel with some interesting hops from the southern hemisphere.” When combined, this beer is perfect for the Indian Summer – ideal for those fall days that are more warm than cold. 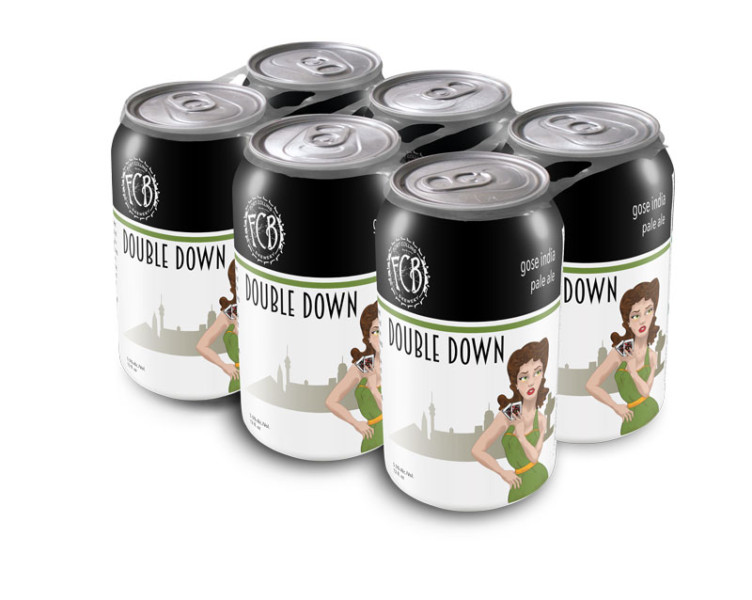 Coming in at a very approachable 5.5% ABV, Double Down is a very hop flavor and aroma forward take on a sour German standard. Blending specific elements of two very different styles that compliment and contrast one another results in a unique and delicious combination of flavors and sensations. The Equinox and Summer hops, as well as the use of Lemon Peels combine to create aromas of citrus, apricot, papaya, lychee, and passion fruit. This fruited nose is then complimented by a mild spice from Indian Coriander. The contrast of a sour lactic kick and a touch of salt results in a delicious blend of flavors and sensations.

Double Down will be available on draft at the Modern Tavern at Fort Collins Brewery on Thursday, November 3rd. Participating liquor stores, restaurants and bars can expect to find the brew on draft and in 6-packs in the coming weeks.

About FCB and Modern Tavern: Fort Collins Brewery & Tavern is a family-owned, handcrafted microbrewery and full service tavern in Northern Colorado, established in 2003. FCB offers an outstanding lineup of 50 ales and lagers that can be found on tap as well as in cans throughout the U.S. FCB is a 2015 GABF® Gold Medal Winner for Oktoberfest in the Dortmunder/German-Style Oktoberfest category. For more information, visit fortcollinsbrewery.com or call 970-472-1499. Brewery tours run Monday – Friday by appointment and Saturday from 12 – 4 p.m. (at the top of the hour). Create – Share – Savor