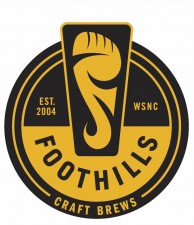 WINSTON-SALEM, NC – Foothills Brewing, based in Winston-Salem, has acquired the beer division of Mooresville’s Carolina Beer & Beverage, including the company’s equipment, trademarks and brands.

Among the dozen beer brands acquired by Foothills Brewing are those within the highly popular Carolina Blonde and Cottonwood Ales lines.

“I personally have tremendous respect for Foothills Brewing,” John Stritch, president of Carolina Beer & Beverage, said.  “We started out as a small microbrewery in 1997 and have nurtured the brewing and distribution growth of our Carolina Blonde and Cottonwood Ales brands since day one.  I wouldn’t entrust the brewing and ownership of our brands to just anyone, but I have complete confidence in Foothills Brewing.”

“We’ve known John and the beer team at Carolina Beer & Beverage for years and have the utmost admiration for their finely crafted beers and bottling facility,” Jamie Bartholomaus, president and brewmaster of Foothills Brewing, said.  “Their beverage bottling business has grown immensely in recent years, and they had a desire to spin off the beer brewing part of the business so that they could focus purely on the continued success of beverage bottling.  At the same time, we’re growing our beer brewing and distribution capacity at Foothills.”

“We consider this strategic decision as very positive for the future of both our companies,” he added.  “Carolina Beer wanted production of its beloved brands to be in North Carolina, and we are glad to accommodate.  For those of us who enjoy a cold Carolina Blonde or Cottonwood Ale, rest assured that production will remain uninterrupted and the brewing integrity of Carolina Beer brands will be completely preserved as we transition ownership to Foothills.”

“The future of the micro brewing business is to foster a good balance between greater production efficiency and maintaining the tradition of producing finely crafted beers.  With that in mind, one of the main benefits of our company’s acquisition of Carolina Beer Company’s assets is an improvement in the economies of scale for our company,” Matt Masten, CFO of Foothills Brewing, said.  “As a result of the acquisition and production expansion, we’ll probably hire 10 additional sales and production employees during the next year.”

“We’re completely out of production space at our downtown Winston-Salem location and were planning on relocating some of our brewing equipment even before the discussion about acquiring the Carolina Beer Company division started,” he added.  “Our plan is to continue growing the draft business for Foothills’ brands, but we also will start a bottling program of our existing brands at some point in the next year or so.”

Masten said sales at Foothills Brewing, which distributes to more than 300 restaurants and other venues in North Carolina, South Carolina, Tennessee and Virginia, are up approximately 42 percent this year.  With the acquisition of the Carolina Beer Company division and its production equipment, Foothills Brewing will quadruple its present brewing capacity.

Foothills Brewing will move two of its existing brewing tanks and the newly acquired brewing equipment to a new 48,000 sq. ft. production facility in Stratford Industrial Park located at 3800 Kimwell Drive, just off South Stratford Road in Winston-Salem.  The equipment move from Mooresville, along with the transfer of some of Foothills Brewing’s existing production equipment from downtown Winston-Salem, should be completed during the first quarter of 2011.  After equipment installation is completed, beer brewing is scheduled to begin at the new facility by mid-2011.