(Frederick, MD) – Santa is going to have something other than milk with his cookies this holiday season.

Flying Dog, Maryland’s largest brewery, is teaming up with Baltimore-based Otterbein’s Bakery on four new, cookie-inspired craft beers that will be released in a holiday 12-pack. 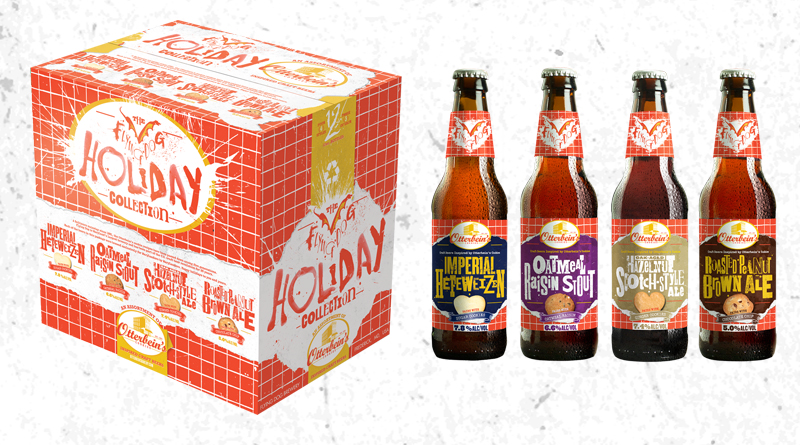 “Craft beer is a revolution that is fueled by equal parts tradition and innovation,” Flying Dog CMO Ben Savage said. “Partnering with a local, family owned bakery and unleashing the creativity of our brewers on this unique partnership is incredibly exciting.”

Brewed exclusively for this project, the Flying Dog Holiday Collection will include:

“In developing each of these recipes, we didn’t simply want to recreate the flavors of each cookie,” Flying Dog Brewmaster Matt Brophy said. “Instead, we used ingredients like specialty-roasted malts and new yeast strains to create flavor profiles that enhance and complement each pairing.”

“Flying Dog did a phenomenal job pairing the beers with our cookies,” Ben Otterbein, Vice President of Otterbein’s, said. “This project happened at a really great time, with Otterbein’s Cookies going into its 5th generation, it brings even more of a youthful feel to a classic family bakery.”

The four beers, alongside their cookie counterparts, will premiere on tap in the Flying Dog taproom on Friday, November 7. Tickets for the beer and cookie pairing are $35 and available through Flying Dog’s website.

The Flying Dog Holiday Collection will be available on shelves and on draft starting November 1 exclusively in Maryland.

“It’s rare and exciting for us to brew four brand-new beers specifically for one project,” Savage said. “And what makes this even more special is that it’s truly a package made for Marylanders by Marylanders.”

As one of the fastest-growing regional craft breweries in the mid-Atlantic, Flying Dog has been brewing world-class beer that pushes the confines of traditional styles for almost 25 years. Flying Dog attracts everyone from craft beer connoisseurs to those just catching the wave with up to 20 styles available at any given time and its Gonzo ties to writer Hunter S. Thompson and artist Ralph Steadman. Named the Mid-Size Craft Brewery of the Year at the 2009 Great American Beer Festival (the highest honor for its size in the United States), recent accolades for Flying Dog include its Pale Ale ranked as the #1 American Pale Ale in the U.S. by The New York Times. For more information, please visit www.flyingdogbrewery.com.