(Frederick, MD) – Inspired by the Maryland Shore’s most beloved beach cocktail, Flying Dog Brewery has created the latest summer ale to add to your cooler – Orange Crush. This boozy beer mimics the dominant flavors and aroma of the cocktail, giving this beer a balance of tartness and sweetness that lets the citrus shine through. 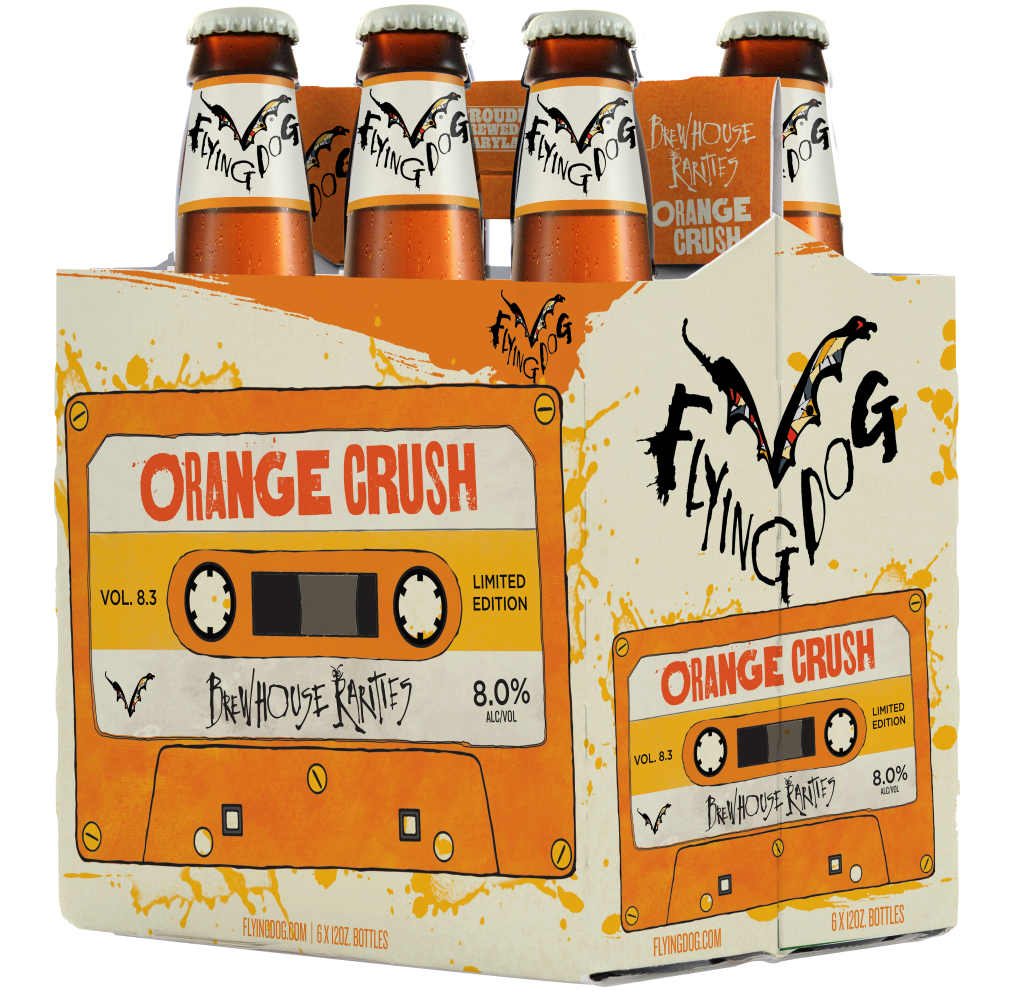 Created using Citra hops and Wheat and C-20 malts, Orange Crush hits you with a wave of bright orange, then carries you off to sea with a citrusy, sweet finish. This blonde ale also makes brewery history for containing the most citrus ever added to a Flying Dog beer. Our brewers incorporated four different citrus products and three different citrus varieties, all at different points in the process, giving this beer a nice, rounded citrus profile.

“Save your strength for the corn hole tournaments, we’ve got your crush covered” said James Maravetz, VP of Marketing at Flying Dog Brewery. “This juicy new summer ale is bright and refreshing with a tsunami of citrus that’ll help you beat the heat.”

Named for and modeled after the unofficial cocktail of the state of Maryland, the Orange Crush, this beer’s specialty ingredients include orange and tangerine. Orange Crush comes in at 8% ABV with 10 IBUs. Packaged in 6-packs of 12 oz. bottles, this new summer specialty starts shipping to distributors the week of June 29, 2020.

This cocktail crossover was the brainchild of a Maryland-born Flying Dog employee, pitched as part of the company’s Brewhouse Rarities program. The Orange Crush was created in Maryland’s popular beachside town, Ocean City, with the undisputed birthplace being Harborside Bar & Grill. The cocktail, which is a delicious combination of orange juice, vodka, lemon-lime soda and triple sec, has exploded out of its beachside birthplace and gained notoriety up and down the East Coast.

About Flying Dog Brewery:
As one of the fastest-growing regional craft breweries in the United States, Flying Dog has been brewing world-class beer that pushes the confines of traditional styles for 30 years. Flying Dog attracts everyone from craft beer connoisseurs to those just catching the wave with up to 20 styles available at any given time. Introduced to Flying Dog by the Gonzo writer Hunter S. Thompson, artist Ralph Steadman has produced original art for Flying Dog’s labels since 1995. Recent accolades for Flying Dog include its Pale Ale ranked as the #1 American Pale Ale in the U.S. by The New York Times. For more information, visit www.flyingdog.com. Flying Dog is now available on Drizly.