(Paso Robles, CA)  – In a year like no other, Firestone Walker managed to stay the course and continue an annual rite—the creation of its next Anniversary Ale, blended with the help of local winemakers. 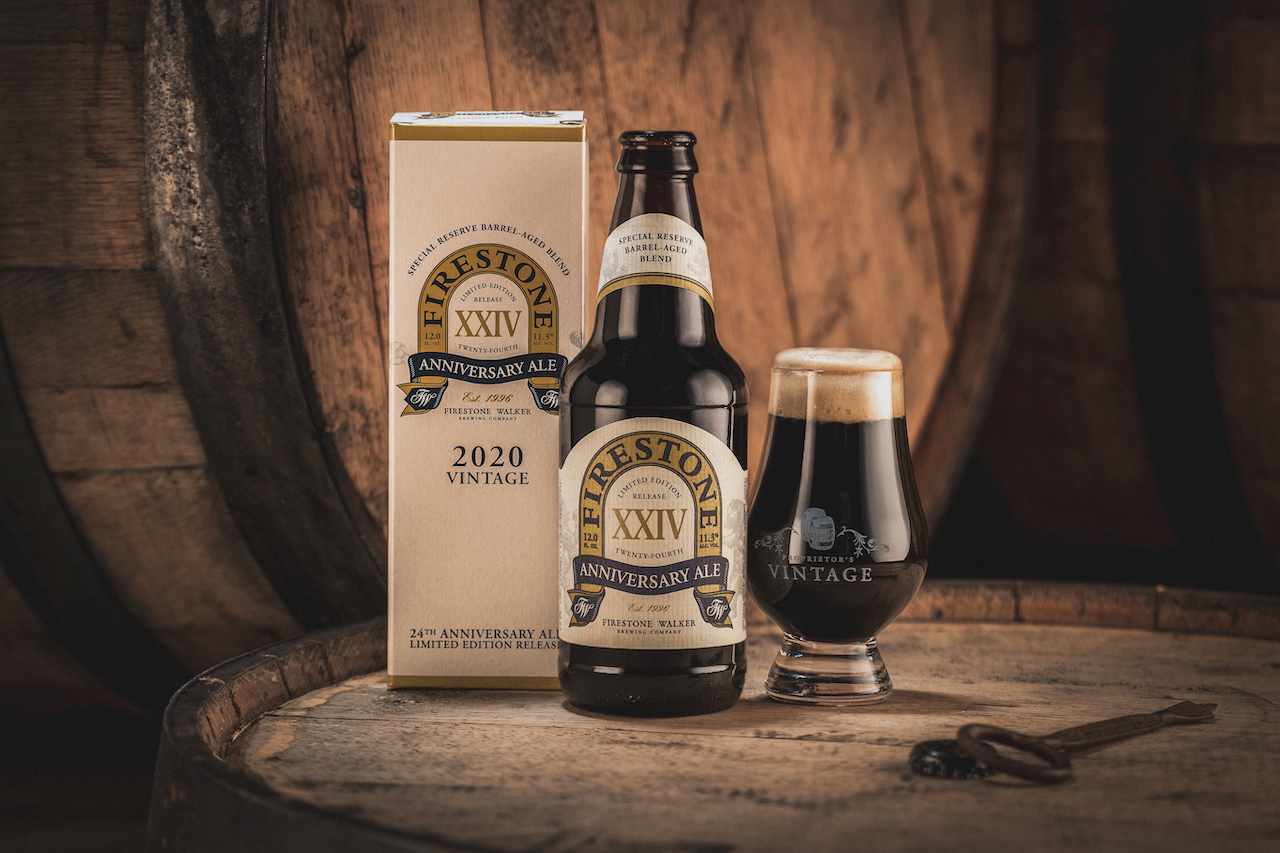 The resulting beer—called XXIV, marking the 24th year since the brewery’s founding in 1996—is being released today at all Firestone Walker locations, and will soon land in all Firestone Walker markets in single boxed 12-ounce bottles as well as in limited draft format.

“Winemakers are practicing experts in the art of blending, which is why we have sought their involvement ever since making our first Anniversary Ale in 2006,” said Brewmaster Matt Brynildson.

Each year, the winemakers break into teams; create their own preferred blends from several barrel-aged component ales; then vote as a group on the winning blend—which then becomes the next Anniversary Ale.

The result this year is XXIV—a masterwork of richness and complexity, blended from six distinct ales aged primarily in bourbon barrels, with a small portion aged in tequila barrels.

This year marked a change in the established Anniversary Ale blending process. Instead of hosting the usual group gathering, the brewery safely delivered the component ales to the participating winemakers for remote participation.

“XXIV is not only special because of the unique beers blended into it—it also represents a time when the world came to an abrupt stop, challenging us to innovate and evolve, which has always been a part of the success of our barrel program,” said Firestone Walker’s Quality Manager Amy Crook, who coordinated the remote blending experience along with Barrel Program Manager Eric Ponce.

For Brynildson, XXIV marks the continuation of a uniquely fulfilling journey for Firestone Walker.

“Fifteen years of blending has resulted in the most complex and thought-provoking beers we have ever made,” he said. “This has been the best ongoing collaboration the brewery has ever participated in.”

He added, “We have all been through a lot this past year; we all deserve a moment of solace and a beautiful beer like this to help us ponder the future.”