(Paso Robles, CA) Just as the harvest season was getting underway in the Paso Robles wine country, a boisterous group of local winemakers convened with the Firestone Walker brewing team on September 10 for an annual late-summer rite—the blending of the brewery’s next anniversary ale. 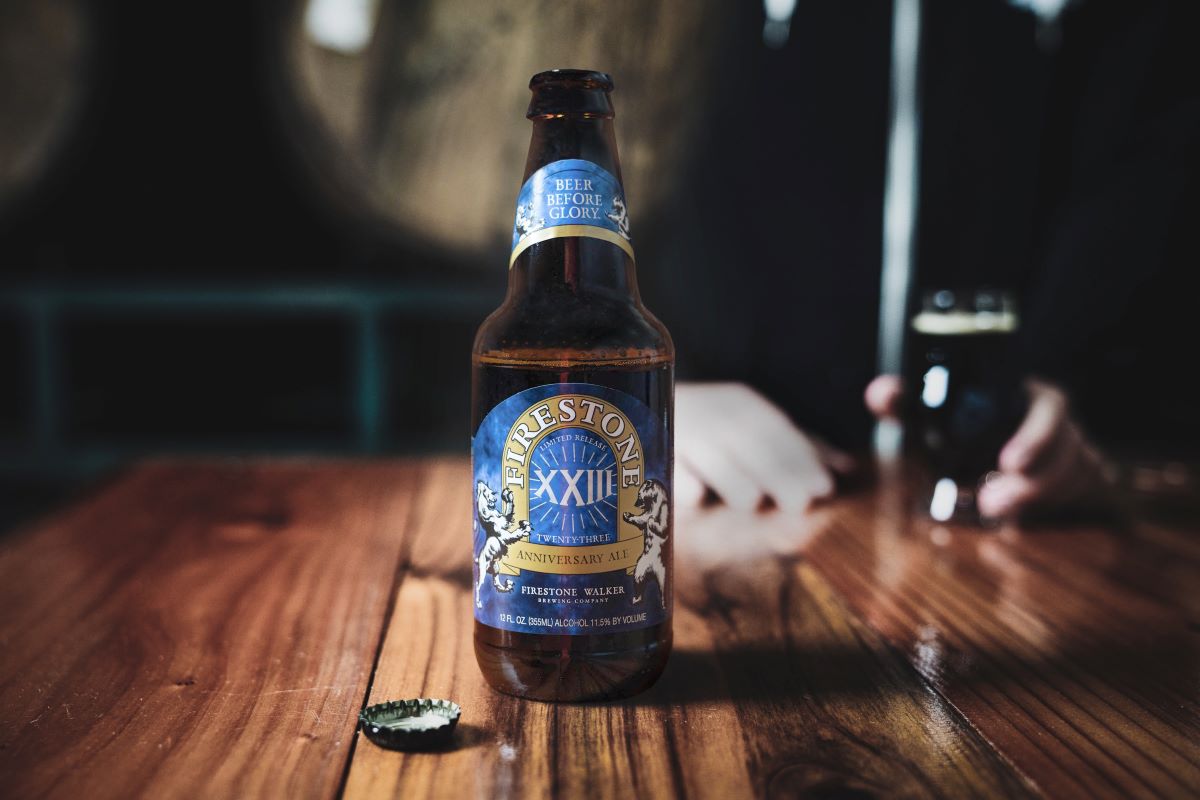 The result is “XXIII”—a limited barrel-aged release that is rolling out to all Firestone Walker markets starting this week.

“Winemakers are practicing experts in the art of blending, which is why we have sought their involvement ever since making our first Anniversary Ale in 2006,” said Brewmaster Matt Brynildson. “XXIII is super elegant and seamless. The component beers just flow together in a way which no single beer could have accomplished.”

XXIII is a blend of six distinct beers aged in spirits barrels, including bourbon and tequila barrels—resulting in a smooth, bold and remarkably complex drinking experience.

To create XXIII, the winemakers were divided into teams for a friendly but spirited contest. Each team was presented with numerous different component beers and tasked with creating the ultimate blend. Hard work and smack talk ensued.

When the session concluded, all of the individual team blends were blind tasted by the group to determine the favorite. The winning blend became the basis for XXIII, commemorating Firestone Walker’s 23rd year on California’s Central Coast.

For the second year in a row, the winning team included Sherman Thacher and Daniel Callan of Thacher Winery, as well as Will Freeman and Phil LaMontagne of TH Estate Wines. They all walked away with the coveted “cardboard crowns” that are accorded to the winners each year.