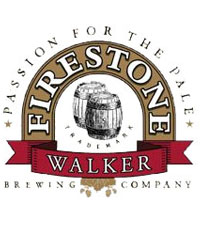 We recently caught up with the folks of Firestone Walker to see what was going on on all fronts. Whether it be their flagship brand, Nectar Ales, or other brews made for enjoyment, we wind to find out what’s up.

Read on to find out about a fall seasonal that is in the pipeline as well as when Firestone Walker XIV will be released and more!

Nothing new really on the Firestone Walker core brand front. No beer will be taken out of the cycle, and Solace (A New Unflitered Wheat Ale clocking in around 5.5% abv)  will be added as a 6 pack and Seasonal.  When asked what the best seller was for 2009, we were told, as usual, DBA was the most popular. Of note, Union Jack IPA is a close second, in it’s second year on the shelves.

Velvet Merkin fans should rejoice. This roasty barrel aged oatmeal stout will be re-branded into a Fall seasonal 6 pack and draft beer.  We don’t have the new name yet, but we were one of the lucky few to try this beer here in CA. This is targeted for a September 10th release date. It’s not strong (probably 5.5% abv), but its huge on flavor and mouthfeel.

Parabola is still set to be released in limited quantities this fall in 22 oz. bottles. The level of scarceness will be that of the Anniversary blend release. Only 500 cases will be made starting May 5th or 6th.

Firestone Walker 14/XIV will be released November 1st. 1,000 cases will be available, and will be popping up on select fine beer bar accounts. ‘Select fine’ are our words, not Firestone Walker’s to be clear.

Nectar is going to stay the same way as last year, with the exception of maybe a Honey Blonde added to their tap lineup. Nothing on that is concrete though.

We asked about the future of Black Xantus and why we saw so much of it on the shelf in Southern CA?  Black Xantus was distributed to be approachable to those who would be interested in it. It will be brewed in 700/800 case yields, and might be done twice this year, rather than just once.

No new private label beers will be added or subtracted from Trader Joes. Personally, I’m eternally grateful for the Mission Street line, I could do without the Fat Weasel lineup and Jumping Cow.

The Stone/Firestone Walker/21st Amendment Collaboration should be a great thing for Firestone Walker fans. With the cult like followings of all three brewers here in CA, this beer might be hard to snag up. We will have details on the name, label and size soon as possible. By the time you read this, it might be known already. That’s the mystique behind Stone Collaborations for you.

EDIT 12:30 PM PDT – We’ve gotten word this beer will be a Strong Dark Ale, clocking in around 10% abv, will be using Firestone’s Yeast, and COULD have El Camino Real incorporated into the name or bottle scripting. El Camino Real is a 600 mile mission trail in California, and symbolically connects Stone Brewing, Firestone Walker and 21st Amendment.