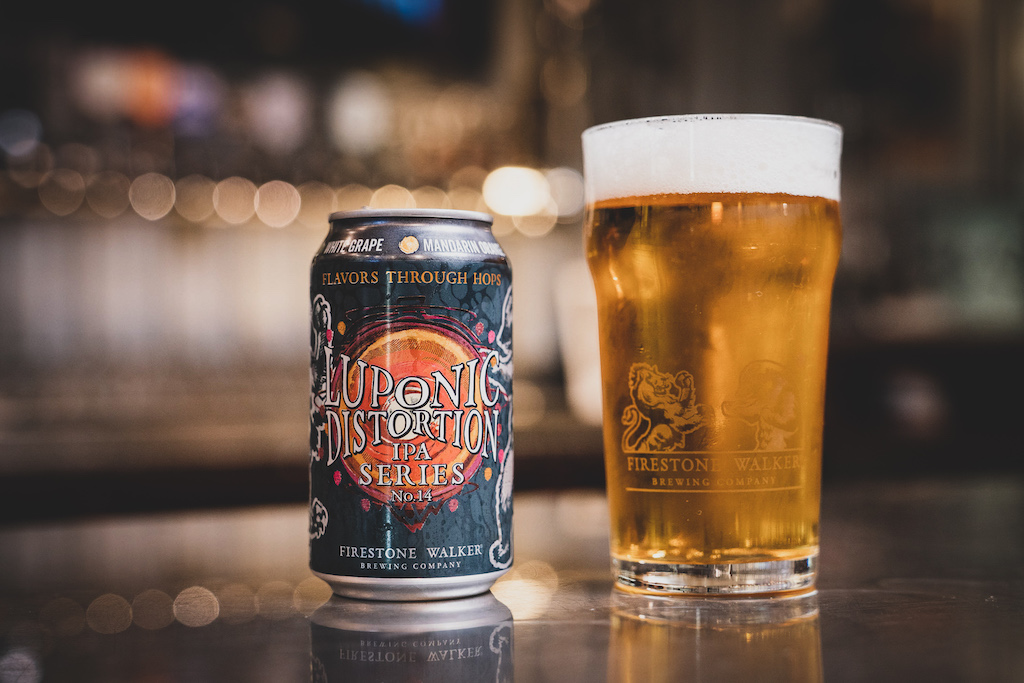 Luponic Distortion No. 14 is dry hopped with a blend of seven hops from South Africa, Australia, Germany and the Pacific Northwest, all combining to produce pronounced flavors of white grape, mandarin orange and passionfruit.

“No. 14 represents some of our best finds in the hop world over the past several years, including newer Southern Hemisphere hops that drive these intense tropical fruit and Sauvignon Blanc-like flavors,” said Brewmaster Matt Brynildson.

Luponic Distortion No. 14 begins shipping to all Firestone Walker markets starting this week.

Luponic Distortion is not a single beer, but rather an ongoing series of beers that rotate approximately every 120 days. While the base beer always remains the same, each release features a different hop blend built around new and experimental hops, designed to showcase the growing possibilities of pure hop aromas and flavors without any assist from fruit or other adjuncts.

“Luponic Distortion is all about finding new ways to make different tropical characters pop on the palate—naturally and solely through hops,” Brynildson said. “No. 14 hits all of these marks while providing its own unique flavor experience.”