(Berkeley, CA)  — In a city renowned for being a culinary mecca and encompassed by Northern California’s magnificent outdoor landscapes, Fieldwork Brewing Company is an ambassador for craft beer in Berkeley, California. Fieldwork Brewing’s West Berkeley taproom serves as the creative hub mapping out hundreds of new beer releases for its local outposts in Napa and Sacramento, and soon to be open beer gardens in San Mateo (June 2017) and Monterey (July 2017). Brewing with as much a sense of purpose as a sense of place, Fieldwork has quickly gained a reputation for releasing exceptional craft beers at a formidable pace. 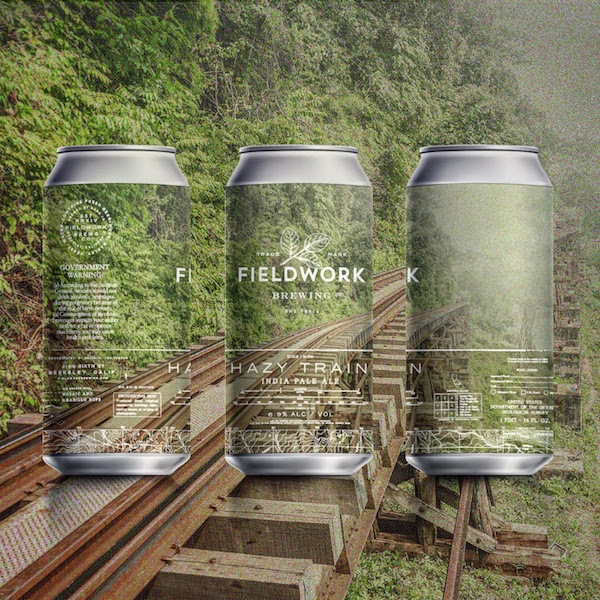 Walking into Fieldwork Brewing locales is never the same experience twice with their ambitious brewing program featuring signature IPAs, Double IPAs, lagers, pale ales, sours, stouts, etc. Upon officially opening in February 2015, Fieldwork has released more beers than they can possibly fit into their three-ring binders cataloguing the past 28 months of brewing. Bay Area regulars and out of town visitors can always rely on enjoying an onslaught of beer varieties with the beer menu in constant rotation. Some beers reappear and others never repeat.

At the brewing helm is Fieldwork’s Co-Owner and Head Brewer Alex Tweet, a madcap brewer who helped open Modern Times Beer and began his career at Ballast Point Brewing & Spirits. Tweet and his brewing team of merry pranksters churn out Fieldwork’s highly aromatic and well-balanced beers on a completely manual brewing system. Without the amenities and automation existent on modern systems, Tweet’s deft crew focuses on innovation rather than consistency for its ever-changing beer roster. Based on seasonality and quality, Fieldwork forges its own path brewing beers they simply love to drink.

An homage to their appreciation for the great outdoors and Northern California’s landscape diversity, Fieldwork’s Special Release 16 oz. cans feature naturalistic labels reflecting distinct narratives for each idiosyncratic beer. Fieldwork’s owners and employees alike can often be found savoring their freshly released creations while fishing, camping, or hiking on a nearby trail. With a beer in hand, Fieldwork advocates for living life to the fullest by reveling in the region’s natural vistas.

“The Fieldwork brand and rotating beer lineup can be hard to describe succinctly, but I’d like to think of it as being the classic novel Walden; but only if instead of being written by Thoreau it was written by Larry David,” says Alex Tweet.

With plans to release a number of new Special Release cans in the coming months, Fieldwork to date has brewed upwards of 30 unique Special Release cans. The highly coveted Special Release cans with their respective label designs include the following standouts: Galaxy Juice IPA boasts tree-lined skies with infinite stars amid rays of blues and greens at dusk; Pulp IPA dwells in the mossy enclaves at the base of a forest; Pulp Free West Coast IPA perches atop a pier at a Southern California beach; Caribbean Queen Tropical Sour Ale lies on the sandy beaches of the Caribbean Sea; Imperial Hot Chocolate Mexican Imperial Stout rests on the sun-drenched rugged Mexican mountain terrain; Cocoanut German Chocolate Cake Imperial Stout sits amidst the drying cocoa beans; Painted Gold Pale Ale sails along the city by the bay; Tundra Triple IPA camps out on the grassy base of snowy mountain tops.

Fieldwork expands this summer to five locations throughout Northern California all within a 120-mile radius of its brewery. Set to be Fieldwork’s largest outdoor facility, the new San Mateo location at Bay Meadows (3030 South Delaware Street) includes a 4,500 square feet European-style beer garden with 30 tap lines, communal fire pits, a bocce ball court, and a tasty food menu with snacks, sandwiches, and more. The community-oriented space is friendly for families and dogs, and easily accessible by bike and Caltrain (Hillsdale Station). Following the June 2017 opening in San Mateo, Fieldworks location in downtown Monterey, CA (520 Munras Street) will open in July 2017.

Established in 2015, Fieldwork Brewing Company is a craft brewery based in Berkeley, CA brewing for the regional Northern California marketplace. Available at their West Berkeley, Napa and Sacramento taprooms, Fieldwork beers are also on draft at the finest local craft beer focused restaurants and bars. Fieldwork exclusively self distributes its fresh beer to assure the highest quality of service for all of their draft partners.

Fieldwork’s downtown Napa location is within the Oxbow Public Market, and the midtown Sacramento taproom is in The Handle District. In summer 2017, Fieldwork expands to five locations in Northern California with new beer gardens opening in San Mateo and Monterey. Fieldwork’s latest releases can be enjoyed by sampler flight, beer by the glass, and filled “to go” in growlers and crowler cans. Special Release cans are available while supplies lasts at each location. San Francisco Chronicle Top 100 restaurant Comal (Berkeley, CA) has created a special taproom menu that is currently served at the Berkeley taproom and will also be served at the soon to be open San Mateo location. Classic sandwiches by Zocalo are available at the Sacramento taproom.