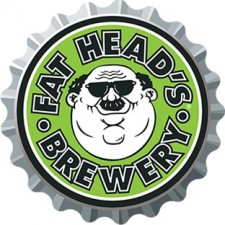 It’s not about the destination, it’s about the experience – the adventure. Trees. Water. Sky. Air. Soak it up. Breathe it in. Refresh the soul. Clear your Head. Hit the trail.

Winner of the Fresh Hop Ale Silver Medal at the 2013 Great American Beer Festival, Fat Head’s Brewery is head over heels to announce the release of Trail Head Pale Ale in cans this June. Trail Head Pale Ale is handcrafted using Citra, Mosaic, Simcoe and Amarillo hops, geared for chillin’ out after an epic day outdoors. A fresh brew that heads off the grid and gives back good vibes with a portion of the proceeds aimed directly at supporting the Cleveland Metroparks Trails Fund. The Trails Fund supports the rehabilitation of the Park District’s more than 270 miles of trails.

Get your can off the couch and pedal, paddle, hike, climb or run to the exclusive pre-release May 28 – June 1 only at The Tap House at Fat Head’s Brewery. Cans will begin rolling out to the public on June 2nd. The official Kick-Off celebration will coincide with National Trails Day on June 7th, beginning with the opening of the Bedford Heights Reservation Trail, followed by a party at The Tap House all-day starting at noon. Enjoy smokin’ food specials, plus $1 from every pint sold on 6/7 will be donated to The Trails Fund.

Trail Head Pale Ale cans will be distributed in NE Ohio, but look for it on draft throughout Ohio, Western PA and parts of Indiana.

Fat Head’s Brewery began full-scale production in May, 2012. Fat Head’s got it’s head start in Pittsburgh in 1992 as a restaurant and premier taphouse. In 2009, they teamed up with head brewmaster Matt Cole to open Fat Head’s Brewery & Saloon in North Olmsted, OH. The production facility and newly opened Tap House in neighboring Middleburg Heights, OH was built in response to overwhelming customer demand. Fat Head’s Brewery distributes their award-winning ales and lagers throughout Ohio and Western Pennsylvania. Another Fat Head’s Brewpub is slated to open in Portland, OR in late-2014.