(Salt Lake City, UT) – The view from Utah’s favorite brewery just became more Epic with an expanded and remodeled taproom as well as new labels for its Utah Series beers. 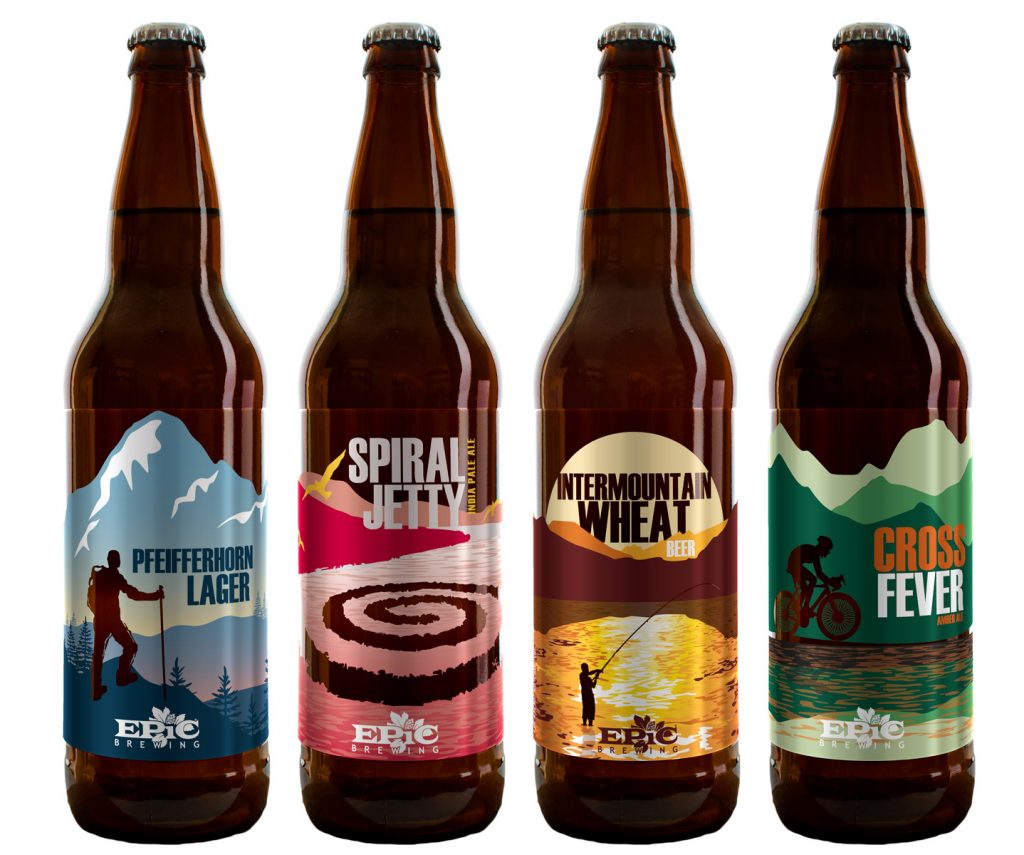 The remodeled taproom can now seat 20 guests, up from the previous which only sat 6. The new taproom also comes with a change from a restaurant license to a bar license. This means patrons are no longer required to purchase food in order to drink. A small menu of paninis will still be available, and guests are welcome to bring outside food. The license change also means no one under 21 will be allowed in the taproom.

“The brewery has always been a great place to grab cold, full-strength, beer to go. Our cold case is open seven days a week and holidays, with a selection of over 20 different beers, but sampling them or even just enjoying a pint has been, well, just plain cramped,” says, Dave Cole, Epic’s Co-Founder. “With the new expansion Epic is now a great place to meet your friends and enjoy a few pints comfortably.”

For the first time since opening in 2008 Epic will be able to pour 4% ABV beer on draught at its brewery. They will offer beers from their low ABV “Utah Session Series” as well as rotating experimental beers.

“The Tapless-Taproom is no more, and customers don’t have to hide in the closet when they want to try one of our strong barrel-aged stouts or hazy New England-Style IPA’s. The addition of 4% draft beer is great too. It gives everyone who wants to drink a good option and we’re happy to see friends kicking back and enjoying a few pints comfortably,” says Mattie Provence, Epic’s Taproom Manager.

Epic’s Utah Series of beers, including Spiral Jetty IPA, Cross Fever Amber Ale, Intermountain Wheat Beer, and Pfeifferhorn Lager, have a fresh new look. These beers have been longtime favorites of locals and the artwork reflect Utah’s popular outdoor adventures. The recipe for Spiral Jetty IPA has also been updated.

“Our approach to brewing great IPA’s has shifted in the past 8 years as new hop varieties and techniques were developed. We’ve updated the recipe by emphasizing the citrus aroma and flavors of the hops while still keeping the quintessential Spiral Jetty flavor,” says Jordan Schupbach, Epic’s Director of Brewing Operations, “Long-time fans and new comers alike will apricate the brighter hops and refreshing finish. It’s been my go-to post-hike beer this fall.”

Epic will be celebrating the new changes on Friday October 26th by offering a selection of samples from the Utah series in the newly remodeled taproom with pairings of their famous paninis. 2nd Tracks will be set up outside offering ski tunings and a gear sale to get you ready for the freshies.

Social Axe will also be set up on site to axe the old labels. Guests will have a chance to win prizes by throwing axes at the old bottle labels.