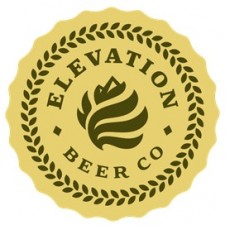 Elevation will be releasing its Wild Flowers Imperial Saison and Engel Weisse, a barrel Fermented Berliner Weisse, later this month.

“Brewing Engel Weisse has been a fantastic experience and we are so excited to release this as our first sour beer,” exclaims Head Brewer Christian Koch, “Not only was it fermented in oak barrels, but it is a nice deviation from our high ABV beers, with Engel Weisse coming in at just over 4% ABV, with the classic Berliner effervescence and tartness.”

Both Engel Weisse and Wild Flowers will be released in 750ml cork and caged bottles and both are new additions to Elevation’s Portfolio.

“Wild Flowers will come in at 7.8% ABV and will have nice clove, lemon, and pepper notes with a dry finish. Simply perfect for summer BBQs.” says Koch.

Elevation is also excited to announce that it took home 3 medals at the 2013 US Open Beer Championship, an international competition with over 2,500 entries from over 20 countries. The medals included a Gold in the IPA Category for its First Cast IPA and a Bronze in the Belgian Quadrupel Category for its Apis IV. Elevation also won a Silver medal in the Experimental Category for Brown’s Canyon, a collaboration beer brewed with local Salida breweries Amica’s Pizza and Microbrewery and Moonlight Pizza and Brewpub. The three medals are Elevation’s first awards, less than 14 months after opening, and after only entering one previous competition.