(El Segundo,CA ) – El Segundo Brewing is bringing their hop storm to Portland next week! They will be dropping fresh bottles of Citra Pale, Mayberry IPA, Broken Skull IPA and Two 5 Left DIPA at better bottle shops around town. Additionally, there are events at both Belmont Station (8/30) and NWIPA (9/1) during the week. If you are a lover of hugely aromatic, starkly dry West Coast IPA then you better seek them out! 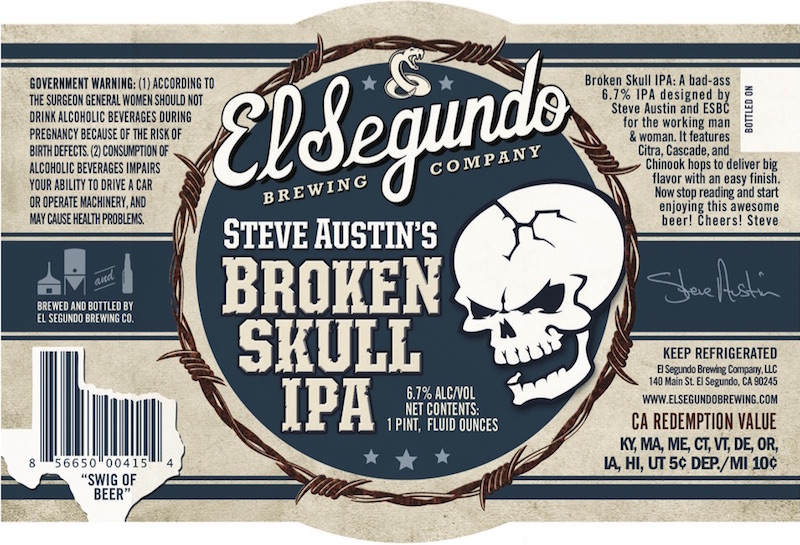 Day One Distribution will be responsible for finding a niche for El Segundo Brewing in Portland. The newly formed entity headed up by Robby Roda (former sales director at Cascade Brewing), will be focused on small brands with high quality product. El Segundo’s beers will be headed up to Portland on a limited basis – and in small amounts in order to ensure the freshest possible beer in the consumer’s hands.

El Segundo has been cranking out some hop bombs in Southern CA for the past 5 years, and as so far has sent very little beer outside of the state. Fresh beer has always been paramount and they have felt it a dangerous proposition to see their beers go out of code in markets that were too far from home. So… the beer stayed in SoCal where it could be managed. They are excited to have found a partner who is as excited about freshness as they are!

El Segundo Brewing Company is located 140 Main St. in El Segundo, CA. Founded in 2011 by Rob Croxall, Thomas Kelley and a group of friends, they have focused on hop forward creations featuring the best new hop varieties the world has to offer. Both Hammerland DIPA and Power Plant Triple IPA have won top honors at the prestigious Bistro DIPA fest. The taproom features 20 selections of different brews, in a setting right among the tanks. Self-distributing their beer from Santa Barbara to San Diego, and as far east as Riverside in Southern CA allows them to implement an aggressive freshness campaign. Seen especially so in the Day One program, where they bottle and deliver new releases the same day to over 100 accounts. Additionally, they have recently garnered national notoriety through a collaboration with Steve Austin aimed at showing mass market lager drinkers that IPA can be bad-ass too!