(LOS ANGELES,CA) ‒ Eagle Rock Brewery, (ERB) is releasing their 10th anniversary beer on January 8th 2020 both on draft and in 16-oz cans. 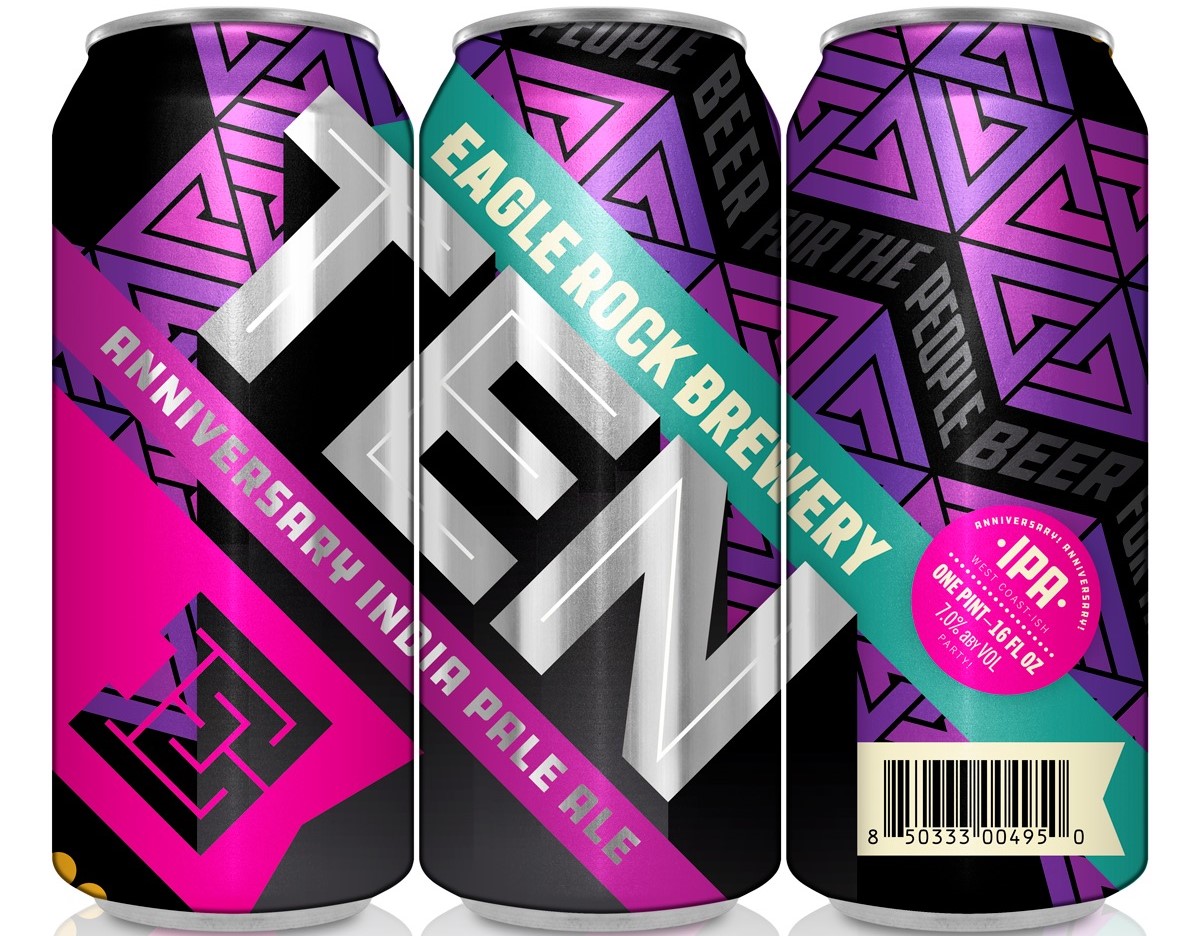 Among the first to open in the new wave of Los Angeles breweries, ERB helped pave the way for other breweries to open, and helped launch the current craft beer scene in LA. They celebrate their ten year anniversary with a west coast style India Pale Ale (IPA) full of melon, peach, and tropical fruit aroma and flavor. TEN, an easy-drinking and aptly-named 7% abv IPA embodies the breweryʼs philosophy on balance and drinkability across the broad range of styles that they brew. Breweryʼs co-founder Jeremy Raub states that “rather than brewing a big (high alcohol) beer as weʼve done in previous years to commemorate our anniversary, we wanted to go back to our roots and focus on a easy drinking beer that people can drink multiple pints of.”

The first beer brewed at Eagle Rock Brewery in November of 2009 was an English-style black mild called Solidarity. The 3.8% ale boasting rich chocolate and roasty flavors, consistently surprises beer-drinkers with its light-bodied, drinkable balance. This brewing sensibility hails from a team comprised mostly of BJCP (Beer Judge Certification Program) judges, and is still the driving force behind the beers brewed at Eagle Rock Brewery. Solidarity and many other fan-favorites that have been released in the past decade can be tasted at ERBʼs 10th Anniversary Mardi Gras-themed party on January 18, 2020 at their Roswell Street location.

More information and tickets are available at party.eaglerockbrewery.com.

ABOUT EAGLE ROCK BREWERY
When Eagle Rock Brewery opened its doors in 2009, it became the first microbrewery in decades to base its operations in the city of Los Angeles. This award-winning, family-owned and operated brewery was founded on a belief in producing unique, well-balanced beers̶ never compromising quality for quantity. As Eagle Rock Brewery continues to grow, this small family of beer lovers still works hard to promote the ongoing development of the LA beer community as well as the remarkable homebrewing community from which Eagle Rock Brewery sprang.

Visit our taproom, find us on draft or in a bottle shop near you, Prost! For more information visit www.eaglerockbrewery.com.