(Turlock, CA) – Dust Bowl Brewing Co. kicks off 2019 with the introduction of Pancho Imperial Stout, available in 16 oz. cans and draft. The limited release brew is made with cacao nibs, Ancho chiles, and cinnamon. Pancho offers a smooth finish despite the hefty 10.1% Alcohol by Volume. 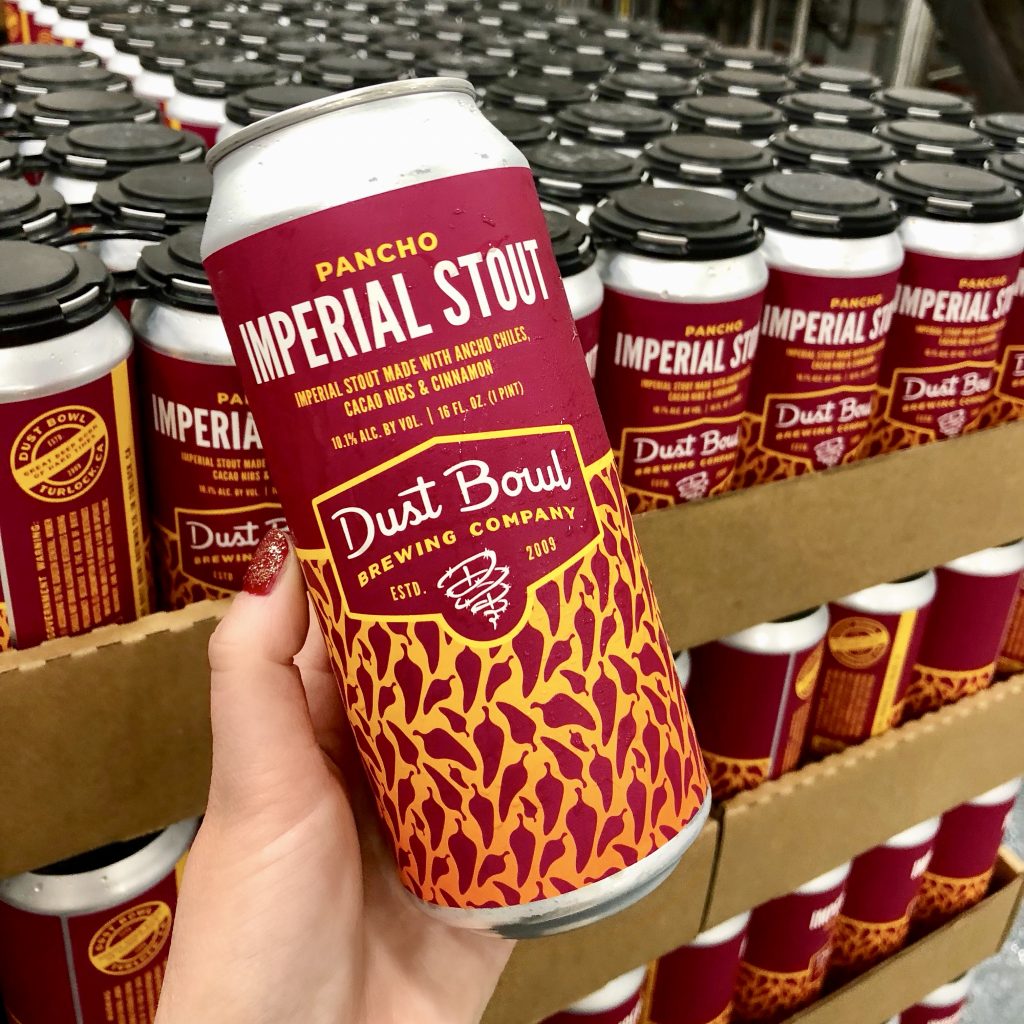 “As we approach the colder winter months, a big stout with depth of character seems appropriate,” shares Don Oliver, Brewmaster. “We follow the trend of the pastry stout and offer a lower bitterness imperial stout with a heavy punch of chocolate, cinnamon, and a subtle layer of roasted Ancho chiles.”

Featuring bright colors, the Pancho label showcases Dust Bowl Brewing Co.’s refreshed logo nestled in the company’s new specialty can label system. The story of Pancho is nearly as good as the beer itself. Founder Brett Tate is never short on family tales. According to Tate family “history,” Brett’s great-great uncle went looking for Pancho Villa in the early 1920s, most likely to collect the bounty. He never returned and his fate remains a mystery to this day. Brett likes to think he got distracted by something (or someone!) and enjoyed a long life on the beach of Mexico.

Dust Bowl Brewing Co. beers may be found throughout Central and Northern California, including the San Francisco Bay Area and Sacramento region, parts of Southern California, Nevada and Oklahoma.

Dust Bowl Brewing Co. produced its first beer in May 2009. The company is owned by Brett and Karen Tate and Brett and Camy Honoré, who became the Tate’s business partners in 2011. The company built and moved its production to a 30,000 sq. ft. brewery and taproom, located in Turlock, California, in June 2016. Dust Bowl Brewing Co. beers are available in 5 and 15.5 gallon kegs along with selected styles in 22 oz. and 12 oz. bottles and 16 oz. and 12 oz. cans. Distribution includes Central and Northern California, parts to Southern California, Nevada and Oklahoma. The craft brewery showcases a wide variety of its beers at its two Turlock, California taproom locations, the Brewery Taproom and the Downtown Taproom. A third taproom in Monterey, California is slated to open in 2019.