Due South Brewing Nun With a Chainsaw IPA Release Details

(BOYNTON BEACH, FL)  – Due South Brewing Company will be releasing Nun With A Chainsaw IPA on October 20 on draft and in 16 ounce cans. This will be the first time that a beer at Due South has been canned in 16 ounces. 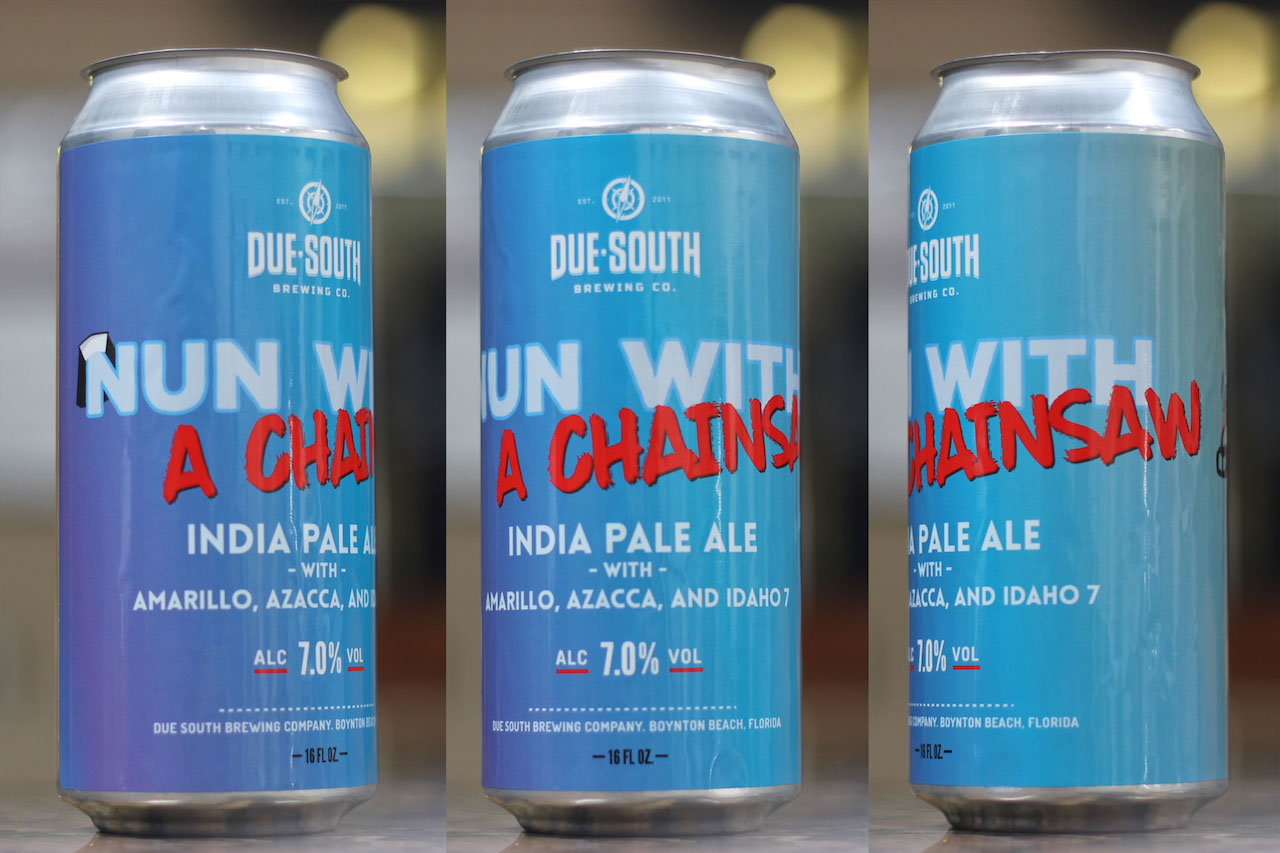 Nun With A Chainsaw is an India pale ale that boasts an extremely potent arsenal of hops: pounds of late addition Amarillo, Azacca, and Idaho 7, with copious dry hopping of the same, has created a hop-lovers dream of tropical and piney aromas and flavors. It cuts through at 7% alcohol by volume.

“When Irma blew through South Florida, one nun in Miami made it her mission to clear debris,” Doug Fairall, Due South Brewing’s Brand Manager said. “This is our tribute to those who had to – and continue to – do what’s necessary in the face of adversity.”

Nun With A Chainsaw will be available at the Boynton Beach brewery’s taproom beginning at noon. We recommend enjoying this beer as fresh as possible.