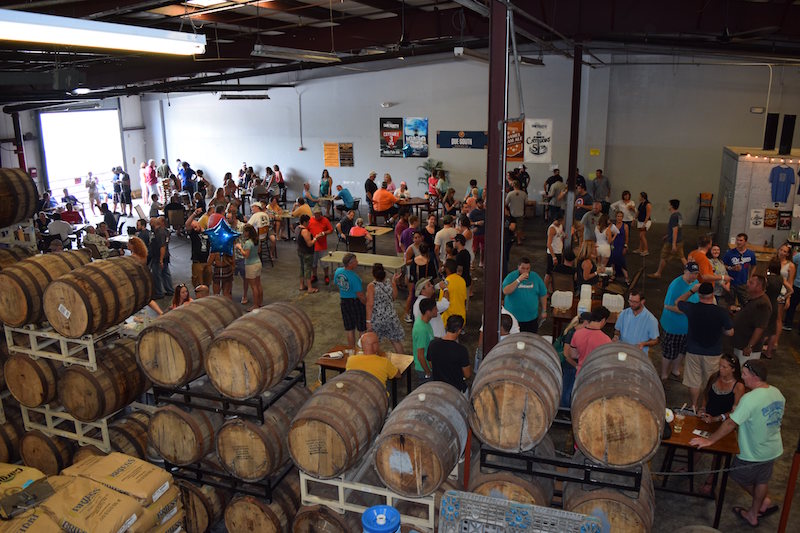 Starting at noon, customers may come to the Due South taproom to purchase and take home 22 ounce bottles of these dark, rich, and complex stouts. In addition, the brewery will have the beers on tap for customers to enjoy.

Java Mariana Trench is born when brewery staff adds copious amounts of local Argyle Coffee Roasters roasted coffee beans to Mariana Trench after fermentation. This process provides an incredible coffee aroma and complementary roasted flavors to the beer. Bottles are priced at $17 per bottle plus tax, limit one.

“We produced an all new, limited batch of Java Trench for entry into the coffee beer category at the Great American Beer Festival,” brewhouse manager Joel Kodner said. “We made enough to bottle it again for all the fans who quickly scooped it up last time.”

In addition to creating an all-new batch of Trench for the Denver-based festival taking place October 6 to 8, the brewery looked to its barrel aging program to see what other beers were ready, and pulled an allotment of barrels that had beer in them that was aged for over a year. Kodner continued, “This year’s Bourbon Barrel Aged Mariana Trench was meticulously tasted and tested from an assortment of Woodford Reserve bourbon barrels and we hand-picked the best barrels to blend and bottle.” Bourbon Barrel Aged Mariana Trench bottles are priced at $19 per bottle plus tax, no limit.

Boynton Beach-based food truck Bea’s Heavenly Wings will be on site as well.